Vratsa will attract tourists with a modern advertising campaign

The Open Vratsa platform is part of the municipal 2019-2023 programme focused on investment, ecology and infrastructure 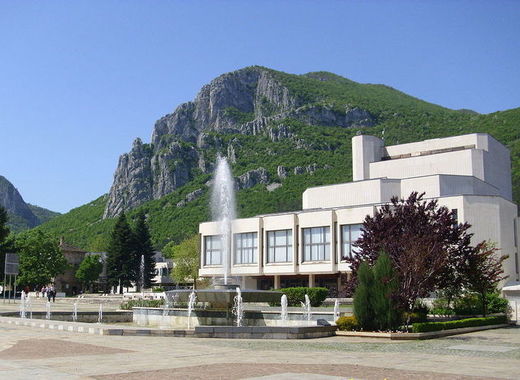 Vratsa, an important administrative, economic and cultural centre in northwestern Bulgaria (the EU’s poorest region) has drawn up a modern marketing strategy to promote the city as a tourist destination abroad. Kalin Kamenov, now in his second term as Mayor, broke the news at a meeting of the city council.

"Strange advertising techniques have been practiced here over the years, such as displaying billboards with the Vrachanski Balkan against the backdrop of the Vrachanski Balkan. If anyone thought they would have an effect, it is now clear that they were wrong. We will launch a new tourism platform called "Open Vratsa " in order to promote our current tourist services, as well as attractive sights and forthcoming events, to a larger audience of prospective guests in Bulgaria and abroad," said Kamenov, quoted by kmeta.bg.

During the session, he presented the Program for his 2019-2023 mandate, which focuses on investment, ecology and infrastructure. The strategic document was adopted by the councilors with 32 votes in favor, three abstentions and none against.

Vratsa Municipality will invest more than BGN 6 million in infrastructure in 2020. Key repairs of schools and kindergartens are underway. New or renovated green areas, parks and playgrounds will appear in villages and neighborhoods, Kamenov said.

Meanwhile, the municipality is tightening measures against vandalism, renovating sports facilities and completing the modernization of urban transport, the mayor added.

The magic of the mountain

The Ledenika Cave, Vratsa Pass, Botev Road Memorial Complex, God's Bridge near Lilyache Village, Skaklya and Borov Kamak Waterfalls and the Vrachanski Balkan Nature Park, as well as the symbols of Vratsa - the monument (of national hero Christo Botev and his company) on Mount Okolchitsa, the Rogozen Treasure, the Silver Knee, the Tile from the village of Gradeshnitsa, the Kurtpashov Tower, the Meschii Tower and the Chalet in the Vestitel complex make Vratsa a true "hidden gem" among tourist destinations in Europe.

Situated at the foot of the Vratchanski Balkan mountain, the town has long been a magnet for mountaineers, paragliders, spaleologists, and practitioners of cultural, religious, rural and eco tourism. Tourists are offered ski runs around Parshevitsa hut, numerous eco trails and hiking routes.