Vysoké Tatry besieged by bears due to improper waste management 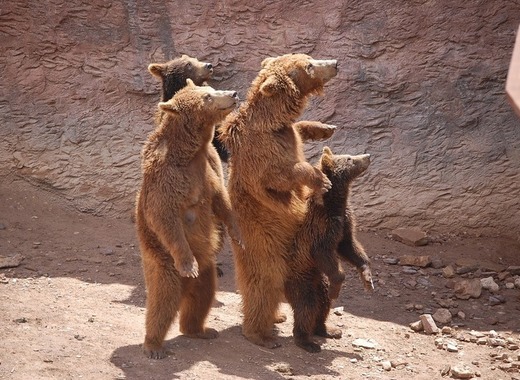 The municipal police of Vysoké Tatry have been reporting an increase of bear activity and encroachment in the area around the town since spring. According to their findings, the animals have been breeding rapidly due to the lack of natural predators in the region and have been wandering into urban areas due to the excess amount of waste in the city and its improper management.

The Ministry of the Environment and the Tatra National Park Administration have issued an appeal to the municipality to sort out its waste management system. They believe that in order to stop the bear invasion, local authorities must deprive the animals of the reason they are inclined to visit in the first place – e.g. easily accessible garbage. The project of safeguarding waste has been a longstanding one in Vysoké Tatry. Over the past couple of years over 60 secured containers have been set up in the town, but officials estimate that 50 more are needed. The latest attempt by the local government to secure funding for the purchase of additional bins was denied, while at the same time local conservationists are reporting that the only secured bins are of the kind meant solely for the storage of food waste – the mixed bins remain easy prey for bears.

Resolving the problem remains solely in the hands of the local government, as the bears are a protected species and can’t be moved from the Tatra National Park.