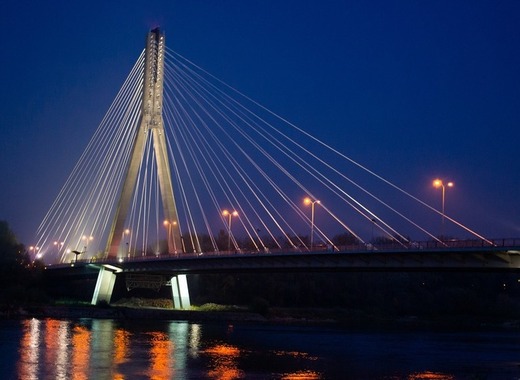 Warsaw is getting ready for an important sustainable transformation of its street lighting. As the local authority reports, by the end of 2020 all of its major streets will see new LED lighting which will make the Polish capital safer and will contribute to a substantial reduction of energy consumption.

Advantages of the news LED lights

Currently, many streets in Warsaw are illuminated with lamps installed decades ago. This is inefficient, as the old lamps consume more energy and need frequent repair works. As little as 15% of the existing 55,000 fixtures have modern LED lights, estimates the city, hence it was needed to extend it.

In the upcoming weeks, the Polish capital will be announcing public tenders for the replacing of more streetlights. This should allow for up to three times less energy to be consumed, which roughly equals 38 GWh per year, or about PLN 16 million savings. This, the authorities say, will cover the investment costs in just three years.

What is more, the capital has also received around 12,000 reports of defective lightning, the maintenance and repair of which exceeds PLN 4 million every year. But there is also an environmentally-friendly side to the changes as the reduced energy consumption is related to reduced emission of harmful substances – carbon dioxide, sulphur and nitrogen oxides, as well as less dust.

Furthermore, the city expects a positive influence on safety and quality of life. Replacement of luminaires will allow to adjust lighting parameters and illuminate the road in an optimal way, which will improve visibility and safety. Similarly, the LED lamps will reduce "light pollution” as lighting will be directed to illuminate the road and pavement.

Equally important is the improved aesthetics of the lighting. The luminaire design will be uniform throughout the city, except for historic streets.

Investment in times of crisis

The municipality is looking into savings which are the least noticeable by citizens, but not replacing the city's dated lights might compromise the safety of locals. Hence, Warsaw is carrying on with the replacement of 43 thousand lighting fittings on the lanterns in 2021-2022. Through the annual energy saving, the municipal budget will recoup its losses in a short time, explained Mayor Rafał Trzaskowski.

“Good street lighting has a huge impact on safety. That is why over the past few years we have illuminated over a thousand pedestrian crossings”, he explains. Thanks to additional lighting of a different colour and greater light intensity, pedestrian crossing the road or waiting for the crossing is clearly visible even after dark. This is one of the actions contributing to a significant decrease in the number of accidents and victims - by as much as 20 per cent during the year.

Finally, due to the difficult financial situation caused by the coronavirus, Christmas decorations of Warsaw's streets and squares will also be considerably limited. This winter, Warsaw residents and tourists will only be able to marvel at the Christmas tree at Square Zamkowy, as well as the illumination of Krakowskie Przedmieście and Nowy Świat.