“The Mayor.eu portal will make the municipality known to many cities and people.” 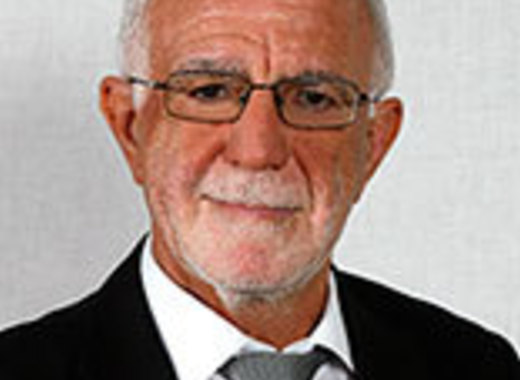 Kyriacos Kareklas was born on 11 Jenuary 1957. He obtained a bachelors degree in Civil Engineering in 1981 followed by a postgraduate degree in 1982, from the City College of the City University of New York with specialization in construction works.

In October 1982, he was employed by MEDCON in Cyprus as the lead engineer of the earthworks division of the company for the construction of the Nicosia Limassol highway and the Kalavasos Dam. From 1983 to December 2016 he worked in the District Administration of Larnaca as Head of Technical Services of the Central Service for Larnaca Community Councils.

He has developed intense professional activity and he is appreciated for his work and his honesty by all Local Authorities of Larnaca. Since 1998 he was involved in European projects through the Union of Communities of Larnaca. From 15/06/2004 until the end of 2005, he was assigned as the temporary Director of the Larnaca District Development Agency, with intense activity.

Athienou sounds like a typical picturesque town in Cyprus. How would you describe your municipality?

Athienou is a very beautiful and picturesque town. The traditional center of Athienou retains the features of the medieval architectural heritage. The policy of preservation and revival in the traditional center and more generally in the municipal area was the basic aim of the Municipality of Athienou, despite all the interventions, the new additions and the wear and tear over time.

The Municipality of Athienou proceeded with the purchase of remarkable and serious architectural value, as well as significant historical reference, buildings, with the aim of transforming them into preservatives, highlighting the traditional local architectural heritage and culture. Some of these, which are of special interest, are the following.

Other remarkable points of reference and of special interest are:

Itis a small municipality but you have implemented a lot of EU funded projects. Tell more about the most successful initiatives in the field of transferring network and good practices.

The municipality is small, but we try to derive as much as possible from our participation in EU projects. In March 2017 there was a call from the URBACT Program in regards to Good Practices. From Cyprus there were submitted 3 proposals and we submitted 2 of those. The one about the Volunteerism of Athienou was approved and we have been awarded the Good Practice City award from URBACT. The Good Practice of Athienou encounters the 4 programs of the Municipal Committee of Volunteerism, the Kleantheios Elder House, the Constantineleneio Adult Centre, the Nursery House Georghios and Eleni Tanti and the Welfare program for the people in need. Then there was a call for Transfer Networks, which would transfer the Good Practice of the awarded cities to other European cities. We, the only ones from Cyprus, submitted a proposal as Lead Partner with the city of Capizzi, Sisily-Italy and the Kildare County Council of Ireland. The proposal focus on social groups that face the persistent social problems found within the cities of the European Union. We succeeded, with 24 other European cities and we just concluded the 1st phase of the Network. The same time we submitted our proposal for the 2nd phase, in where 5 more cities will join the Network (Varcos de Valdevez of Portugal, Altea of Spain, Altena of Germany, Pregrada of Croatia and Radlin of Poland). With the 2nd phase we will transfer our Good Practice about the Volunteerism to all the partner cities, with the guidance of a Lead Expert who is paid directly from URBACT and who has prepared a transferability study that shows how does this transfer can be accomplished. The costs are co-financed by ERDF.

Inthe beginning of this year - Athienou Municipality has been awarded the Green City Award of Cyprus for the project 1st Pancyprian Festival of Traditional Products of Athienou Guided tours, workshops, exhibitions in the category Environment and Culture. Is this festival a tradition?

The festival, in the form that won the award, was started last year as the 1st festival. In 2018 we had the 2nd festival and this will continue to take place every year, the first Sunday of October. The 3rd is scheduled on the 6th of October of 2019. Its a pancyprian festival of all, the many, Athienou products, that many thousands of people from all over Cyprus and abroad visit. It takes place at the Constantineio Municipal Park and there are many activities that take place. Athienou producers show their products, like bread and other bakery products, cheese like challoum and other dairy products, Athienou Loukkoumi of Wedding, eggs, trahana, nuts of Athienou-soutzioukko etc, honey, the famous athienitiko ofto-lamp cooked in clay pots the special Athienou way and many others. Visitors can taste and if they want they buy the products. Also, volunteers do workshops and they show to visitors the production of halloumi, bread and almonds sweet and how to produce the famous athienitiko lace venis or pittotes. During the day there are various cultural and other activities, like healthy breakfast with Athienou products for kids and other people, traditional dances from local groups, singing and many others.

The Municipality of Athienou and the Kallinikeio Municipal Museum of Athienou, after research and collaboration with various local actors, have achieved the inclusion of four elements in the National Catalog of Intangible Cultural Heritage of Cyprus. The elements are: "Venis laces" or "pittotes" and Athienou lace full of lace (2015), "The tradition of bakery in Athienou" (2018) and "The Feast of Saint Fokas in Athienou" (2018).

In 2018, the UNESCO National Committee of Cyprus, in accordance with a decision of the Special Committee on the Intangible Cultural Heritage, approved the "Athienou Loukkoumi of Wedding" to be included in the "Customs of the traditional Cypriot marriage" already registered in the National Catalog.

Themunicipality has many goals and is promoting many projects for the near future, like:

You added the city of Athienou on TheMayor.eu. In what other way the portal can be useful to your municipality?

The Municipality of Athienou has its own site (www.athienou.eu), where a lot of information and ongoing activities are presented. The Mayor.eu portal will make the municipality known to many cities and people that visit the portal and they will learn about it and collaborations in various ways between our city and other cities can be accomplished.

Find out more about Athienou here