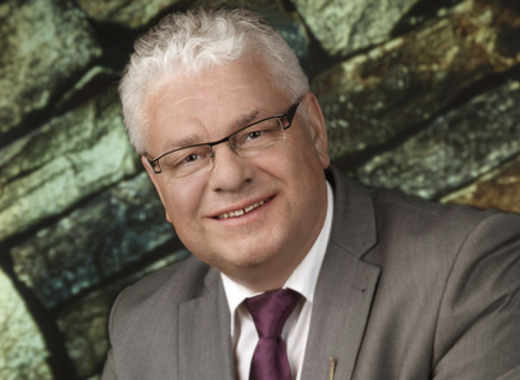 Hannes Dolleschall was born on January 22nd, 1962. He graduated from the Judenburg Commercial Academy in 1981 after which he began his professional career at the Judenburg tax office. He has been active in municipal politics since the 1990s.

Mayor Hannes Dolleschall How would you describe Judenburg? What makes the city unique in your opinion?

Judenburg is a very livable and lovable city with a history of around 1,000 years. In different epochs, Judenburg was a trade hub between north and south and west and east. Recent excavations from the Hallstatt period show that Judenburg's history could go back even further.

Judenburg is unique due to its medieval flair combined with a great industrial history!

Judenburg is a city rich in history. How do you manage to preserve your legacy while looking to the future?

We are doing research on where we come from and the recent opening of the Murtal Archaeological Museum shows the diversity and commitment of people to the origin and past of Judenburg.

During your mandate, Judenburg expanded its administrative skills and reach. How has your government dealt with the changes and integration of other communities?

We have operated and boosted the cooperation between the communities in the region. This opens up many possibilities. Our goal is to give young people who grow up in the region a nice memory and thereby attract them to stay.

Judenburg is an industrial and business center, but also offers great tourist opportunities. How do you manage to attract both projects and tourists to the city?

The unique location of the city in the middle of nature makes it possible to combine everything. The industry is becoming more and more environmentally friendly and companies are also interested in preserving our beautiful surroundings. The many sports and cultural opportunities give further reasons to explore our region for tourism.

How do you see the city changing over the next few years? What are your main goals?

Our main goals are to stop young people from migrating and attracting new companies though municipal cooperation in support of business owners and an inter-municipal area management. Strengthening the city center is another important goal that we want to create with an expanded range of health services for our older population as well as young families.