Web Summit – where the future goes to be born

No conference has ever grown so large so fast 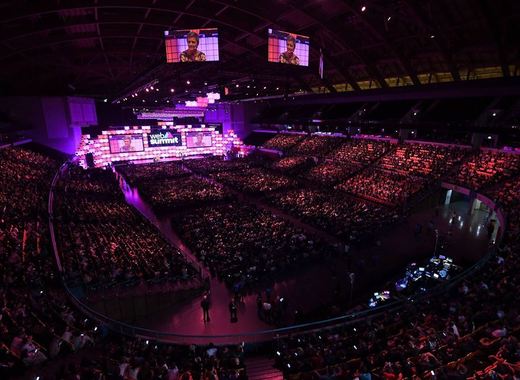 Since 2016 Lisbon is the venue of Europe’s largest tech event, which will remain in the city for 10 years. Web Summit started as a simple idea in 2010: Let’s connect the technology community with all industries, both old and new and then has grown to become the “largest technology conference in the world”. No conference has ever grown so large so fast - Web Summit has grown from 400 attendees to over 60 000 attendees from more than 150 countries.

In the words of Inc Magazine “Web Summit is the largest technology conference in the world”. Forbes says Web Summit is “the best tech >conference on the planet”, Bloomberg calls it “Davos for geeks”, Politico “the Olympics of tech”, and the Guardian “Glastonbury for geeks”.

This year over 70 000 people will come to Lisbon for Web Summit to meet CEOs and founders of the world’s biggest companies, the most promising new startups, influential investors and leading journalists. Web Summit 2018 is taking place in the Altice Arena (formerly known as MEO Arena) from 5th until 8th of November. During Web Summit will be also announced the winner of the contest European Capital of Innovation 2018.