Welcome to the Island of Love 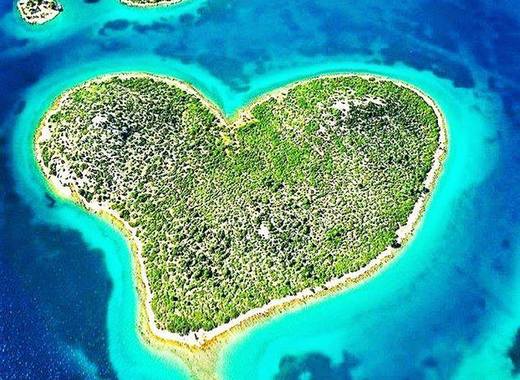 Just a few kilometers from Zadar, the Galesnjak Island, also known as Cupid Island is the only island in the world with a heart shape. The island is very small with an area of 130 square metres and it is uninhabited. It does not have any tourist facilities or any sort of man-made structures.

Galešnjak is surrounded by the emerald-blue waters of the Pašman channel and it is a must-visit island in Croatia for anyone who desires to share a memorable moment with their soul mate. The island first gained worldwide recognition in 2009 when Google Earth captured its unique shape. However, the first record of its shape was taken in the early 19th Century by Napoleon’s cartographer.