Up until now, the educational facility has had to use two separate locations to accommodate its students 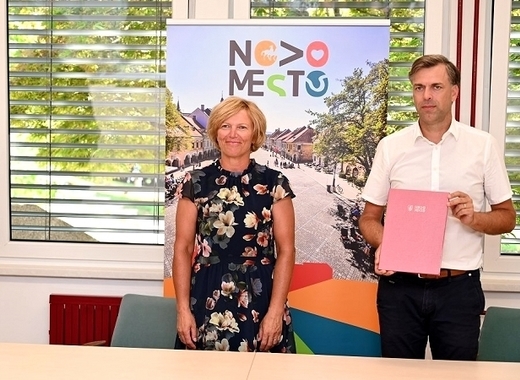 Local authorities in the Slovenian city of Novo Mesto have announced that construction will soon begin on the expansion of the Otocec school and kindergarten. The importance of the project can not be understated as the educational facility is located in the area with the best demographic potential in the entire municipality, according to authorities, and its development will be a boon not only to current citizens but to future arrivals as well.

The signing of the contract between the municipality of Novo Mesto and the company TGH d.o.o. was also attended by the mayor of the city Gregor Macedoni and the principal of the school and kindergarten Mateja Rozman.

During the official ceremony, mayor Macedoni underlined and highlighted the efforts of the local government in creating additional educational opportunities for its young citizens and pointed to the importance of this new project. "Following the new construction of the Videk kindergarten in Bršljin, this is another very important milestone in providing conditions for pre-school education in Novo mesto," he stated.

Principal Rozman, meanwhile, brought attention to the fact that due to special constraints, the school and the kindergarten have had to use two separate buildings in order to satisfy the needs of all their students. Thus, the extension of the institution’s grounds is more than welcome development and will play a vital role in the development of local youth. “I look forward to it, it will be a hope and a solution to all the space constraints that each department will have its own classroom,” she continued, stating the added benefits of the new space that will be added.

The project’s cost is estimated at 2.9 million euros. Should all go according to plan, the new facilities will become operational by the start of the next school year in September 2021.