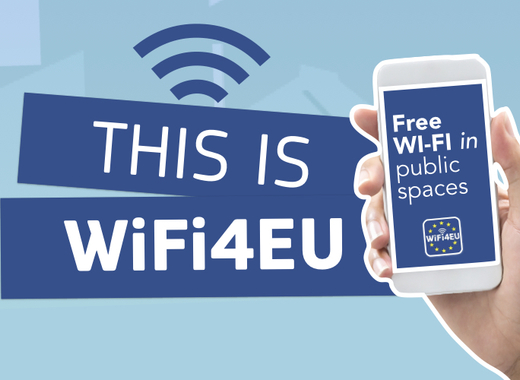 The European Union has assigned and will assign a total of 1163 vouchers to the Italian municipalities under the WiFI4EU call. The European Commission initiative has offered European municipalities the opportunity to request vouchers worth 15,000 euros. They must be used to install Wi-Fi equipment in public spaces within municipalities which do not yet have free Wi-Fi hotspots.

The response from the municipalities for the WiFi4EU initiative went beyond expectations: in all four calls, the demand far exceeded the number of vouchers. WiFi4EU therefore revealed a strong local demand to expand Wi-Fi services to citizens.

Municipalities across Europe are eager to use WiFi4EU to promote local e-commerce, tourist offerings and to bring citizens closer to public services. It has been demonstrated, for example, that access to fast networks or Wi-Fi also favors tourism, one of the sectors most affected by the lockdown and the one that, more than other economic sectors, needs a rapid and consistent recovery.

The aim of the European call for proposals is the erasure of the digital divide which, at continental level, and especially in Italy, represents a serious obstacle to development, compromising the quality of life of citizens, but also to the vitality of businesses, which often are not able to access high-bandwith Internet and that, in turn, affects their business operations.