Another election, another humiliating defeat for traditional German parties. Here are the main takeaways from the local, regional and european elections in the EU's biggest country. 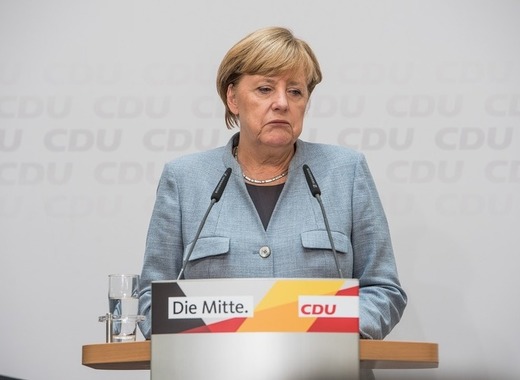 Sunday, 26 May, was a day of many emotions – for some it was a joyous celebration, for others – the polar opposite. The political landscape of Europe was entirely changed on this date, following the European Parliament elections. But in Germany, the EU’s biggest and richest country, the stakes were even higher. Local and municipal elections were held in the states of Baden-Württemberg, Brandenburg, Mecklenburg-Vorpommern, Saxony, Saxony-Anhalt, Saarland, Rhineland-Palatinate and Thuringia. In the state of Bremen, citizens were electing their representatives to the regional parliament. They might as well have been deciding the future of our whole continent.

In our previous analysis on the political situation in Germany, we examined the situation prior to the vote. The traditional parties of the centre – the CDU and the SPD were bracing for a beating, while the far-right AFD (Alternative für Deutschland) was expected to perform spectacularly well in the poorer Eastern German regions. On a national level, the Greens were polling spectacularly high, aiming to dethrone Chancellor Angela Merkel’s party from its first place. Each of the parties had their own tale of destruction or victory, leading up to Judgement day on 26 May.

The Internet – make or break of 21st century political campaigning

The CDU’s campaign prior to the elections can hardly be described as exciting, innovative or particularly engaging. Angela Merkel for example made it to a campaign rally twice – and only one of those appearances was in Germany. For the most part, the main battleground was online, in social media and other similar mediums. As we mentioned in our last analysis, the vast expanse of ineptitude demonstrated by German mainstream parties regarding “The Internet” is truly a sight to behold.

The CDU, and especially its head Annegret Kramp-Karrenbauer, managed to get bogged down in a scandal with a 26-year-old vlogger who made a video bashing the CDU, SPD and AFD on their climate policies and appealing young voters to vote for others. The Christian Democrats’ response somehow led the conversation into “freedom of speech” and “freedom of expression on the Internet” territory, where they had virtually no way to come out on top.

While the effects of the video and the following debacle on the end-result are debatable, the reality is clear – the CDU had one of its worst showings in national elections since its inception and somehow managed to garner only 13% of the vote coming from Germans below 30. The cacophony of blunders made by the party leader is already having other dire ramifications for the CDU’s future. Constant missteps by AKK are reflecting poorly on the party’s image and are making her future as Chancellor after Angela Merkel all the more uncertain. The opposition within the CDU are set to make a push for the leadership yet again after their candidate for the top post within the party, Friedrich Merz, was narrowly defeated at the last party elections by Annegret Kramp-Karrenbauer. Not only that, but Bloomberg also reports that the Chancellor has been expressing doubts regarding her successor and former protégé’s abilities to lead the party and the country in the future. A video made by a 26-year-old might be the final straw that breaks the tenuous inner-party stability created in the lead up to the departure of Angela Merkel in 2021.

The slow and agonizing death of the SPD

If the SPD had a nightmare, it would probably look much like the reality we’re living in now. The German Social-Democratic party suffered yet another humiliating electoral defeat – not only in the national polls, where they scored barely 15%, placing third, but also in municipal and regional elections throughout the country. Just take a look at Bremen. The SPD has governed the state for over 70 years – and now they placed 2nd, behind the Christian-Democrats.

There’s no sugar-coating the situation. By far the biggest losers from all the elections held on 26 May in Germany were the SPD. The case of Bremen is simply what best illustrates the state of the party. On the municipal level, the social democrats suffered only losses, ceding ground to the far-right AFD and the Greens. There is literally no German region in which the SPD managed to outperform themselves, compared to their last showing.

Following such disastrous results, it was all but certain that heads would have to roll. The most obvious choice for a ritual sacrifice to appease the rioting party masses was the leader herself – Andrea Nahles. After resigning from both the posts she occupied – party chief and leader of the party group in the Bundestag, she was replaced by not one, not two but four people. Three long-standing members of the SPD with rich executive experience (Manuela Schwesig, Malu Dreyer and Thorsten Schäfer-Gümbel) took over party leadership pending the election of a replacement, while the deputy group leader is temporarily going to be heading the SPD in the Bundestag.

The SPD has chewed up and spit out three leaders in as many years with nothing to show for it. The end result always stays the same and the question is unchanging. Should the party leave the Grand Coalition with Angela Merkel or attempt to weather the storm?

Whoever comes out on top in the social-democratic party will have to make a decision with consequences that will ripple across the continent. If they decide to leave, which seems increasingly likely, this will spell out the end not only of the current iteration of the Bundestag, but of Angela Merkel herself. The SPD leadership will have to weigh the pros and cons of triggering a political crisis the magnitude of which Germany hasn’t seen since the end of World War 2. If they kill the coalition, the country will most likely be heading to the polls and the odds of the SPD winning even less votes than they did on the 26th – a sharp drop from their 2018 result, are not to be underestimated.

If they remain however, the party damns itself to a slow and agonizing death while bleeding votes to the Greens and the AFD. Either way it's shaping up to be a lose-lose situation for the SPD.

The Greens and the AFD – two sides of the same coin

Saying that the Greens and the AFD are in any way similar might raise some eyebrows as they are completely different policy-wise. The AFD for example completely denies the existence of climate change and actively supports coalmining subsidies. However the meteoric rise of both parties has been on the back of the slow disintegration of the mainstream centre – the CDU and the SPD. Voters from both traditional blocks have been flocking to these formations for the past few years and the tide does not seem to be turning.

Although the AFD managed to secure only 11% of the national vote in the European elections, a 3% drop compared to the last Bundestag elections, it came out on top in Brandenburg and Saxony. Both states have been traditionally ruled by the two main German parties who have both been hammered in the municipal elections. Both states will also be holding elections for regional parliaments later this year and currently the odds are stacked in favour of the far-right. The AFD also substantially increased its influence in every other state following the local election. Its anti-migrant, conservative, climate change-sceptic and pro-coal messages have apparently resonated very well with voters in the poorer and more rural regions of the country.

On the other hand, we have the Greens – polling 2nd (sometimes even 1st) in the national elections with around 20% of the vote. They also managed to make gains on a municipal level, but didn’t manage to replicate their national success. It would appear that their strongest supporters are in the richer and more developed parts of the country – so pretty much nowhere near the places where municipal elections were just held. Their more modest results in local polls on 26 May can easily be explained with their rather skewed voter demographic.

By simply taking a look at the appeal and the sharp rise in number of MEPs of the “new” parties and their strong showing in the municipal elections, we can easily see that the traditional German party system is on the brink of collapse. The traditional left-right divide, dancing around the centre, does not suit the more passionate and engaged voter base that’s been created through social media. New voters – young voters, are not at all satisfied with the direction the country is heading and are more than ever ready to make their voices heard.