Will Sofia regain its glory as a spa capital?

The Municipality is set to restore the mineral baths in Bankya, Ovcha Kupel and Gorna Banya neighborhoods 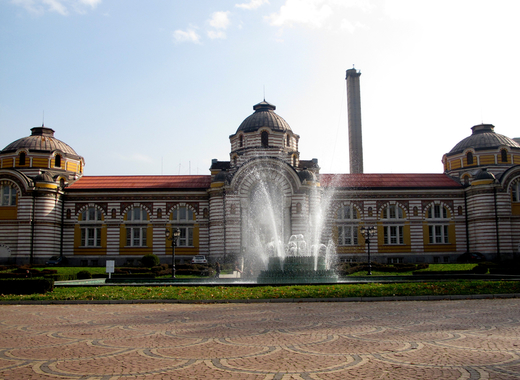 The Bulgarian capital Sofia is famous for its abundance of cold and hot mineral springs, highly regarded by Thracians and Romans for their healing qualities. The springs are still flashing today, both in the city center and in its suburbs - Knyazhevo, Gorna Banya, Ovcha Kupel, Bankya. But they have remained only a source of drinking water for locals and bottling companies, while their potential as balneology and spa centers was inexorably wasted after the end of communism.

Due to property problems and lack of interest in the institutions, unique architectural buildings of mineral baths were left to ruin. And whether because of the boom of weekend tourism in Sofia in recent years, which provoked comparisons with Budapest and Karlovy Vary, or for other reasons, Sofia Municipality seemed to realize that money could be made from this free gift of nature.

The bath, located in a beautiful park, was built in 1910. According to the mayor of Bankya Rangel Markov, the restored site should start welcoming visitors again by the end of the year, and the manner of its management will be decided by the Municipal Council. Some of the water in the Bankya Mineral Bath will be used to heat the building in parallel with electricity.

Three years ago, the Bulgarian state transferred ownership of the mineral baths in Gorna Banya and Ovcha Kupel, which have the status of architectural and construction monuments, to the Sofia Municipality for free. As explained by Fandakova, procedures for the selection of building contractors are underway and it is expected that after their completion this year renovation activities will begin. Part of the funds are provided under European programmes.

The new water park in Vazrajdane district is completed, with facilities that will also use mineral water. A mineral deposit in the Nadezhda region, next to a school, is being explored and will become a site of a green project, Fandakova added.

The mayor of Sofia did not mention anything about the Knyazhevo bath, which looks like a setting for a war movie. Its owner is the Ministry of Health, however.

Museum in the bath

Impressively restored outside, the Central Mineral Bath, one of Sofia's emblems, is suspiciously dry on the inside. It now houses the Regional Museum of History (decision taken in 1998) and some of the premises are unusable. Water only flows from the faucets outside. The purpose of the landmark building, which enjoys a key lovation next to the Sofia Largo area, has been the subject of periodic controversy between the municipal government, experts and non-governmental organizations. The municipality's position is that the flow of the spring is too weak to supply a full bath - a fact that many experts dispute.