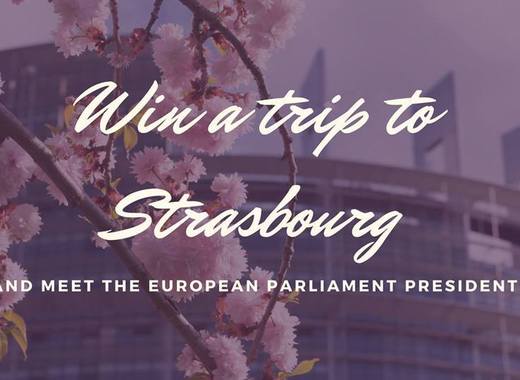 Would you like to share your views on Europe’s future and have the chance to win a trip to Strasbourg to present them to Antonio Tajani, president of the European Parliament? Prepare a short video explaining what Europe means to you and where would like to see it go in the future. Be creative, be funny, think out of the box. There are only 2 rules: do not exceed 30 seconds and post your motivation before midnight CET on 31 May. Parliament's Facebook team will then select 3 winners from the 10 most liked submissions. You will have one more week to promote the video (until noon CET on 7 June). The decision will be made on 8 June.

The 3 winners will be invited for a three-day trip to Strasbourg (10-12 September). They will meet and share their views with the President of the European Parliament, be given VIP seats to follow the State of the Union debate, which is the most important debate held in the Parliament every year on the direction the EU will be going the following year. Accommodation and travel expenses will be arranged and covered by the European Parliament.