Wind farms to contribute to Poland’s energy mix, thanks to European funding

The project is expected to advance the EU renewable energy target 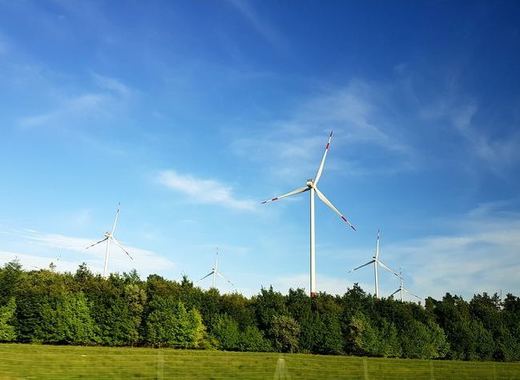 Three wind farms are to be constructed in northern Poland, thanks to a credit agreement between PGE Polska Grupa Energetyczna and the European Investment Bank (EIB). The construction of Starza, Rybice and Karnice II (combined into the Klaster project) will be financed with PLN 272.5m (approx. EUR 64m), announced the EU bank in a press release. The Klaster project on the Baltic coast will have a total capacity of up to 97 MW. It meets the commitment by PGE to “invest in renewable sources of energy that will help to decarbonise the energy sector in Poland”.

Renewable energy and green investment on the Baltic coast of Poland

The project will be implemented by PGE Energia Odnawialna, which belongs to the PGE Group and is dedicated to developing renewable sources of energy. Thus, the credit provided by EIB will be given for 17 years and will cover up to half of the cost. The capital expenditures on the construction of the Klaster wind farm complex are expected to reach PLN 545m (approx. EUR 128.2m). The wind farms are to be constructed in the north-west of the Zachodniopomorskie province (West Pomeranian Voivodeship), in the districts of Kamień Pomorski and Gryfice. Construction having started in February 2019, the commercial operations are set to begin no later than June this year.

Henryk Baranowski, President of the Management Board of PGE Polska Grupa Energetyczna explained that they wanted to reach a 25% share in Poland’s generation of power from renewable energy sources in 2030 with the help of green investment. “Our first 1 GW wind farm on the Baltic coast is to be completed by 2026, and our offshore project is to provide further capacity of 1.5 GW by 2030. That year is also the planned deadline for making available up to 2.5 GW from photovoltaics” he continued.

Lilyana Pavlova, EIB Vice-President responsible for Poland and cohesion countries, said that the bank welcomes the ambitions of the group for a more sustainable power generation and believes that the investment will contribute to the decarbonisation of the energy sector of Poland which will ultimately contribute to the national economy and to a healthier environment.

Finally, the project is expected to contribute to the diversification of the energy mix in Poland and to the EU renewable energy target of 32% by 2030.