With declining number of infections, The Netherlands alleviates partial lockdown

The two weeks under a tougher regime are now bearing fruit 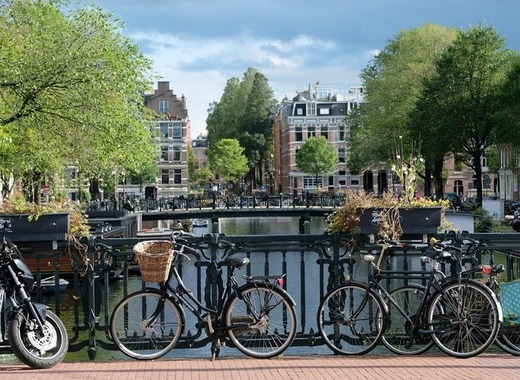 The Netherlands will be continuing the state of partial lockdown from 19 November. This was announced at an official press conference by Prime Minister Mark Rutte and Health Minister Hugo de Jonge on 17 November.

The country has been observing a decline in the number of new infections over the last couple of days and this allows for the alleviation of the temporary measures which were announced at the beginning of the month.

The alleviation of measures was foreseen by the Dutch government two weeks ago, when they announced a temporary lockdown. Now, faced with a lower, but still significant number of new infections, the country will be reversing some of the rules to from its previous state of partial lockdown.

Hence, as of 19 November, museums, theatres, swimming pools and amusement parks can open and group exercise is possible. People can receive a maximum of 3 people at home per day and be outside in a group with a maximum of 4 people, other than those from their household. At indoor locations, where people are seated, the limit is of 30 persons.

However, events will remain prohibited and the catering industry will remain completely closed (apart from takeaways, hotel restaurants serving for their guests, funerals, airports past the security check, catering facilities at companies, healthcare establishments, etc.). Events, such as weekly markets, trade fairs and conferences, culture events, selected matches and demonstrations are exempted.

Retails stores will have to close at 8 p.m., apart from those that sell food. Alcohol cannot be sold or consumed in public after this time and until 7 a.m. in the morning. Furthermore, there is advice against travelling abroad at least until mid-January for all non-essential travel. Everyone aged 13 or older should also wear a face mask in public indoor areas and on public transport.

The re-adaptation of these measures will be considered at the beginning of December.