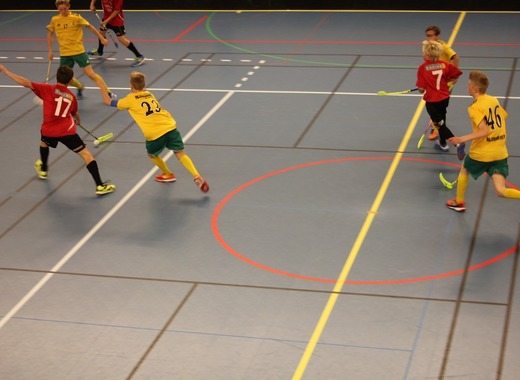 Fans of floorball have something to look forward to – namely the opening of the world’s very first floorball museum in the Finnish city of Lempäälä. The venue was opened at the end of February and can be found within the Ideapark shopping centre.

The idea for the creation of the museum was pioneered by four Finnish citizens with a passion for the sport. Their association wanted to create the venue in order not only to promote the sport but also to present and preserve its history, traditions and development. Furthermore, they want the museum to help visitors find out more about floorball and learn to respect it as a sport.

According to Jari Kinnuen, the chairman of the Floorball Museum association, as quoted by floorball.sport “Floorball is no more in a junior age, since there is history in the sport in Finland starting 35 years ago. During that time, floorball has developed into one of the most played sports in Finland. The floorball museum wants to show the floorball story to the whole Finnish society. To support this purpose, locating the first floorball museum to Ideapark in Lempäälä, is a perfect solution.”

Within the museum, visitors will be able to find all manner of floorball memorabilia – including trophies, awards, magazines and jersey. Of course, one will also be able to discover the various pieces of equipment used by floorball practitioners.

Among them are the various types of floorball sticks, displayed in order to showcase how they have evolved over the years, thus putting on display how the sport has changed over time.

Floorball in and of itself is a success story for Finland. And after the opening of the world’s first floorball museum, everyone will be able to learn more about it.