Off the coast of Yorkshire, Hornsea One will supply renewable energy to millions of homes in the UK 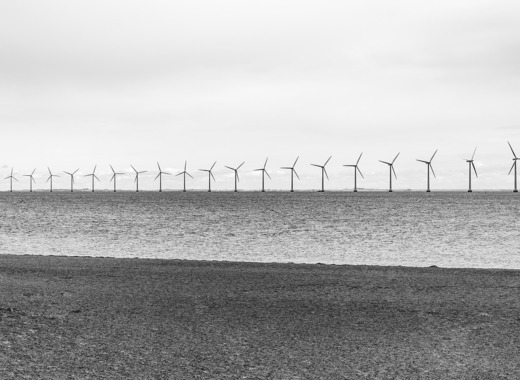 Spanning a total of nearly 630 square kilometres, Hornsea One will be the world’s largest wind farm once it is completed. Situated off the coast of Yorkshire, the wind power facility will provide clean, renewable energy to millions of homes in the United Kingdom.

The United Kingdom – a champion in wind energy production

It’s not the first time that a wind energy production facility in the UK is making the headlines. In fact, the country has been at the forefront of developing large-scale wind power projects. In 2008 it boasted the world’s largest wind farm  - the Greater Gabbard Offshore Wind Farm – it has 140 turbines and had a capacity of 500 MW.

In 2013, there came a new contender for the top spot – the London Array had 175 turbines and could harness 630 MW. Just a few years later, the achievement was again surpassed – this time by the Walney Offshore Wind Farm and its 189 turbines and 659 MW of capacity.

The title of world’s largest wind farm is now changing hands yet again with the Hornsea One completely dismantling its competition. The facility off the coast of Yorkshire will have a total 1.2 GW of capacity, generated by its 174 turbines – dwarfing all the previous record holders.

The project makes up one of the three parts of a larger plan, however. The Hornsea Wind Farm project will be made up of three separate wind farms, with Hornsea Two and Hornsea Three being larger and more powerful than the previous plants. Upon completion, Hornsea Two fill have a capacity of 1.8 GW and Hornsea Three, scheduled to be constructed by 2025 has an estimated capacity of 2.4 GW.

The project has already begun delivering and contributing to the United Kingdom’s climate targets after Hornsea One began supplying energy to the country’s grid in 2019.