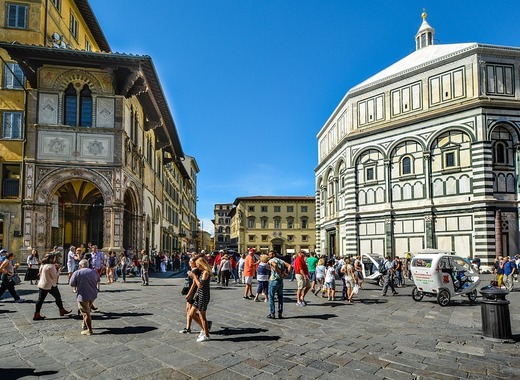 Under a new city ordinance, anyone caught eating on any of the four streets that run through Florence's historic centre – Via de' Neri, Piazzale degli Uffizi, Piazza del Grano and Via della Ninna – runs the risk of a fine of up to €500. It's not the first time Florence has cracked down on messy eaters. Last year Mayor Nardella instructed city workers to hose down church steps to discourage visitors from sitting on them to snack.

The restrictions apply during peak lunch and dinner times, from 12-3pm and 6-10pm, and will remain in place for at least four months. It's not clear whether the city plans to make extra resources available to enforce the rules. Currently volunteers take turns to patrol the centre from Thursday to Sunday around lunchtime on the lookout for bad behavior, but they have no authority to impose penalties.