Sofia Municipality will restore the lifts in Vitosha Mountain 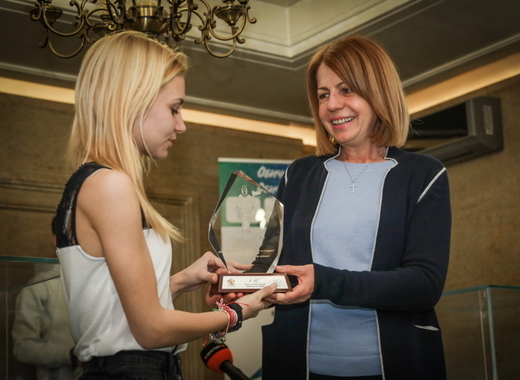 Yoana Ilieva, European fencing champion in the group age of up to 20 years, has been named the face of Sofia - European Capital of Sport initiative for 2020. The Mayor of Sofia Municipality Yordanka Fandakova announced this at an event on Wednesday, handing a special prize to the talented Bulgarian woman.

At the age of 17, Ilieva won a bronze medal from the World Fencing Championship, thereby winning the first woman's medal in the history of Bulgarian fencing.

"With her success, she set an inspiring example for many young people in sports," said Fandakova, quoted by the municipal website.

"The Sofia - European Capital of Sport initiative helps our investments in both sporting events and sports infrastructure. It also enables us to support sports clubs. This year, we have raised again the funds under the program for the support of sports clubs and it is already in the amount of 900 000 BGN," said Fandakova.

She added that there are more than 110 events on the initiative's calendar this year, many of which are to take place in Vitosha Nature Park. In this connection, the mayor announced that Sofia Municipality is about to sign an agreement with the park management to restore the tourist shelters at the Chimneys (rock formation) and Boyana Waterfall, the toilets in the Golden Bridges area, 11 fountains, and to rehabilitate tourist trails.

According to Fandakova, the municipality's major goal is to restore Vitosha's lifts. "At the moment, at my request, a legal analysis is being carried out on all legal options for the recovery of suspended lifts. Our first goal is to renovate the Knyazhevo lift. With a lot of effort, we were able to get the owners of the lift facilities to submit a specialized plan for its recovery, and it is currently under review by experts," Fandakova explained.

The restoration of the outdated Vitosha lift facilities, which until 2007 were owned by a municipal company, has been the subject of a long-running "war of exhaustion" between their new owner Vitosha Ski and eco organizations. Vitosha Ski is trying to push through a plan for a new Vitosha ski area that will allow the construction of lifts on new routes, as well as hotels and other infrastructure, including in protected mountain areas. Environmentalists reiterate that the current Vitosha Nature Park Management Plan also permits the replacement of lifts in existing clearings, without damage to nature.