Younous Omarjee, chair of REGI, ready to fight for Cohesion 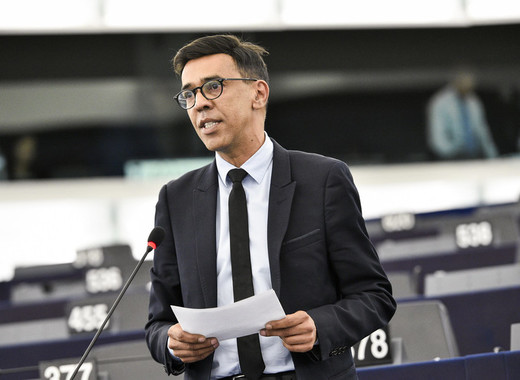 Younous Omarjee, who was elected chair of the European Parliament Regional Development Committee back in July, emphasized his strong commitment to fight for the EU’s Cohesion policy in a recent interview with Euractiv.

Mr Omarjee believes that a strong Cohesion policy equals a strong Europe – and the more ambitious the next Commission’s Cohesion objectives are, the stronger will the European Union become.

Unity in the face of adversity

With discussions on the next EU budget underway and getting more and more heated by the minute, the European Parliament and REGI need to make their voices heard louder than ever. Current drafts of the budget, assuming the United Kingdom’s exit from the Union, are previewing a cut to Cohesion funding – yet Mr Omarjee is certain that the whole European Parliament is ready to fight such proposals.

Furthermore, he believes that the results of the May European elections, his committee’s approval for commissioner-elect Elisa Fereira and Ursula von der Leyen’s commitment to fighting for the Parliament’s right to legislative initiative are clear signs that MEPs are ready to fight the European Council on the future budget – and have plenty of ammo to do so.

With the last elections for European Parliament completely changing up the traditional order, it would appear that Mr Omarjee is ready to be at the forefront in the fight for a new and better Europe.