Zadar Airport to be renovated for 70 million euros

The project includes reconstruction and upgrading of the passenger terminal building 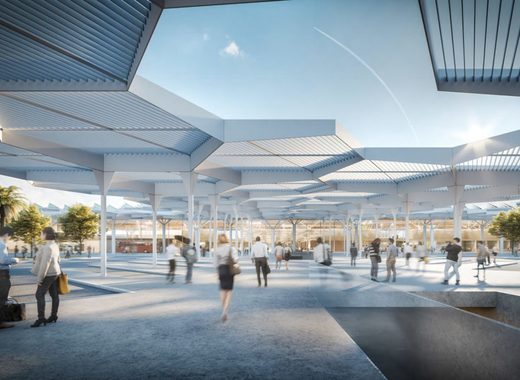 After the recent renovations of the airports in Dubrovnik and Split, Zadar Airport will be the latest in Croatia to undergo major development. The venue will be upgraded with an investment of 70 million euros, informed Croatiaweek. The project will also include reconstruction and upgrades to the passenger terminal building.

Earlier in December, the conceptual design of the new Zadar Airport was presented to the public. After a competition organised by the Zadar Society of Architects, architect Ante Kuzmanic and his team were selected to create the design.

The team was inspired by the pine forest through which the airport is accessed and the landscape of Ravni Kotari. According to them, there should be no steps that would spoil that landscape. Making the roof with glass, they have successfully maintained the connection with nature.

The strongest aspect of the winning design is that it creates a ‘homely feel’ because the giant waiting areas look almost like living rooms, there are light pillars in which bamboo, trees, and lavender grow, which also contributes to the feeling that you are in a living room.

Croatia is becoming a Schengen border

According to the organisers of the competition, it is one of the most challenging projects that they have worked on. Due to the fact that Croatia is striving to join Schengen, there are many conditions that the country has to satisfy, and there are many paths that intersect.

The conceptual design, which can be viewed at the Museum of Ancient Glass in Zadar, allows construction in steps that will not interfere with the operation of the airport – which was one of the main conditions of the contest. The first construction phase is planned to start next year.