Zagreb recovers from the earthquake amid coronavirus lockdown 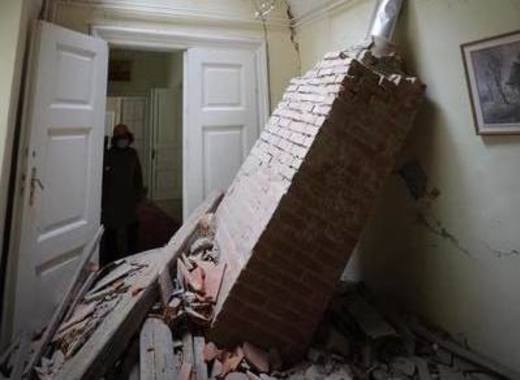 Early in the morning this Sunday, Zagreb was hit by the strongest earthquake for the last 140 years. Numerous homes, buildings and hospitals were damaged. Citizens of the Croatian capital felt 3 strong earthquakes in a row.

The strongest of them was 5.5 Richter. A 15-year-old girl died of her injuries despite doctors fighting for her life for two days. 17 people are seriously injured but in a stable condition.

Accommodation provided for those left without a home

The City of Zagreb has introduced two toll-free hotlines, 0800 8805 and 0800 8802, to help anyone who is left without their home or whose house is severely damaged after the earthquake.

On Sunday afternoon local authorities provided a warm lunch to the people left outside, food was handed out at 4 different locations in the city. For all those whose homes have been damaged, accommodation is provided in the student dormitory Cvjetno naselje. So far, 176 citizens are housed there.

Damage is most significant in the city centre, where most of the buildings are old. So far, citizens have reported more than 700 facilities for which structural engineers need to assess whether they are still suitable for residence and use.

Among the severely affected public buildings are the Zagreb Cathedral from which part of the southern tower fell, the Croatian Parliament, theatre Komedija and the Museum of Arts and Crafts. 63 facilities of institutions in the science and education system are also damaged.

Recovering the damage in times of the coronavirus

Despite the strong earthquake, state and local authorities warn that the coronavirus remains the greater danger and urge citizens to comply with all measures aiming to prevent its spread. The emergency made this impossible in the first moments after the earthquake.

In order to protect themselves from potential new earthquakes, many people took to the streets immediately after the first, but at the time of panic, not everyone followed the instructions for social distancing. Although the authorities banned gathering of more than five people, police officers, soldiers, firefighters and doctors had to go out in the streets to help the citizens of Zagreb.

The City of Zagreb called on all structural engineers from the field of masonry and concrete construction to engage in the process of assessing the condition of buildings and houses.

Local authorities ask experts to bring their own protective gear with them - masks, gloves and helmets. If they don`t have such, the Emergency Management Office has indicated that it will provide the necessary equipment. Currently, there are around 300 structural engineers in the streets visiting the affected buildings and houses. 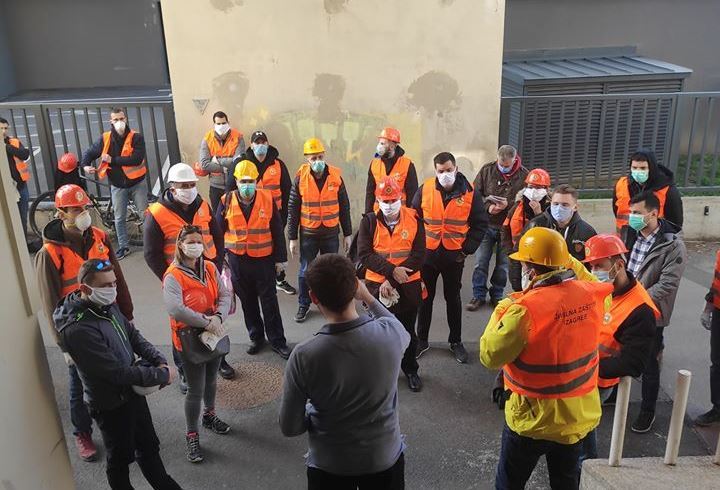 Emergency workers are in the streets despite the threat of coronavirus. Photo by City of Zagreb

Following a telephone session, the Croatian government decided on Tuesday to open a bank account for financial help in the "Together for Zagreb" campaign. Immediately after, the City of Zagreb activated the special purpose account dedicated to remedying the damage of the earthquake. Anyone can donate funds to the account: