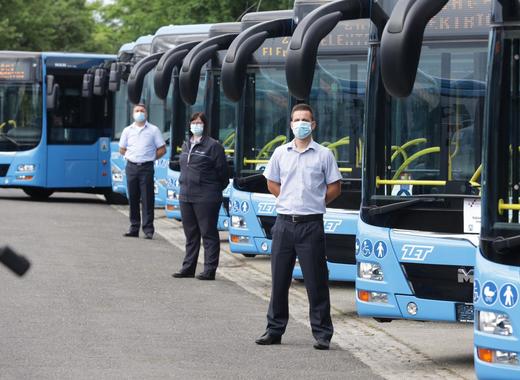 A high quality, accessible and efficient public transport network is a hallmark of every modern European capital – and Zagreb is no different. The Croatian city’s local administration has been actively engaged in improving the capacity and capabilities of their own public transport operator over the last few years in order to facilitate citizens when they need to get around the urban area.

The expansion of public transport networks is also seen as a vital step towards the city achieving its climate targets. By easing access to alternative and joint forms of transport, the municipality wants to encourage the use of buses, instead of personal vehicles that collectively cause far more harm to the environment.

A series of boosts

The Croatian capital has made upgrading and expanding the reach, capacity, accessibility and of course safety of public transport in the city a priority. Through these upgrades, local authorities believe that it would be easier to sway people to use buses, thus contributing to making Zagreb a healthier and livelier city.

The most recent expansion of the local public transport network took place earlier this week through the inauguration of 22 new vehicles to the operator’s fleet. Some 14 of them are semi-low floor, while the other 8 are equipped with access platforms, making them especially convenient for citizens with disabilities.

"We are raising the standard of organized public transport in order to provide passengers with a better and more comfortable stay when using these vehicles," stated the mayor of Zagreb Milan Bandić during the presentation of the new vehicles. This is the 2nd massive expansion of the Croatian capital’s bus fleet since 2017 when the public transport operator’s capabilities were improved through the purchase of another 15 brand-new buses.

During the official ceremony, the city’s mayor took the opportunity to remind citizens who will be using public transport to take heed of all COVID-19 preventative measures – including the mandatory wearing of face masks when travelling on the Zagreb’s buses.