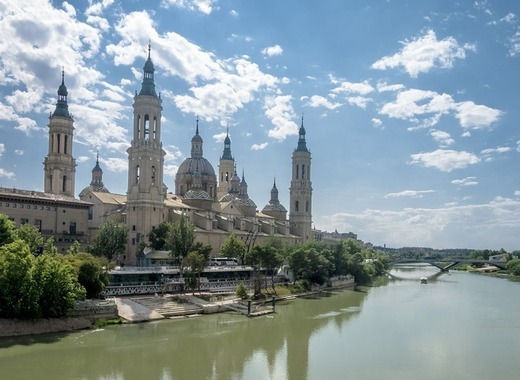 Zaragoza has been awarded the II X Clean Air Award (II Premio X Aire Limpio). The jury of experts has recognised Zaragoza as the Spanish city with over 100,000 inhabitants most committed to the quality of the air breathed by its citizens, announced the municipal authorities on Tuesday.

The award, given by Plataforma X Aire Limpio (Platform for Clean Air), recognizes the Spanish municipalities committed to air quality and gives visibility to their practices as a stimulus for other populations. Platform X established in 2018 also published in June 2019 the first guide on how Spanish cities can elaborate and implement air quality plans.

The previous winners of the awards are Bilbao and Albalat dels Sorrells. This year, in the category of large cities, the jury, made up of prestigious researchers and professional associations, has highlighted the unparalleled efforts made by Zaragoza, including in the setting of quantitative objectives and specific indicators facilitating the monitoring and evaluation.

The application of Zaragoza is believed to have addressed the problem comprehensively. The city has apparently contemplated the dissemination, communication and involvement of the population in improving air quality.

One of the latest activities of Zaragoza in this direction is the creation of an index that allows citizens know more about the quality of air in a simple way. The city also set itself the goal of reducing CO2 emissions by 50-55% and NO2 concentration by 60% by 2030.

Among the cities with less than 100,000 inhabitants, the jury recognised Santiago de Compostela for the scientific rigor of its application and the development of innovative services to produce new robust and reliable information. The second prize was awarded to Sabadell.

Due to the epidemiologic situation, caused by Covid-19, the award ceremony won’t take place for the time being. The event would have otherwise consisted of the symbolic planting of a tree, which illustrates the renaturation of cities.

Poor air quality is the leading environmental cause of premature death among EU citizens, according to the latest report from the European Court of Auditors (ECA), quoted by the municipality of Zaragoza. 9 out of 10 Spaniards living in urban settings breathe air that exceeds the limits of contamination established by the World Health Organization. That is why it is particularly important to raise awareness for the issue in order to stimulate the sharing of experience among policymakers and reward the good examples.