Fortnite, League of Legends and Brawl Stars – the Spanish city puts video games to good use 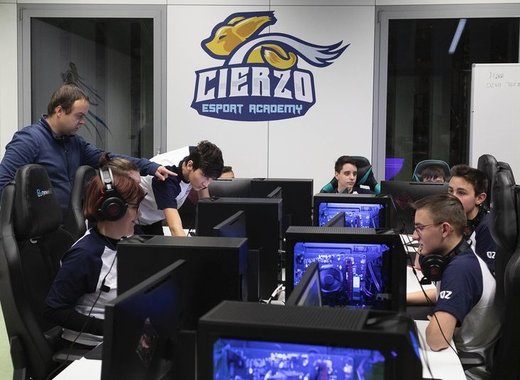 Hardly can anyone deny the power video games exert over youngsters. There are very few activities that can engage the efforts, concentration and time of young people as powerfully as computer games. Yet, many continue to demonise them, describing them as addictive, aggressive and time-wasting.

Luckily, there are institutions that understand the force of video games and how their potential can be harnessed for good. One of them is the city of Zaragoza in Spain which makes conscientious efforts to promote video games as an education tool.

Educating and socializing through video games

Furthermore, the academy mobilizes esports trainers and psychologists, to build a socialization environment in which students meet other young people with the same concerns and hobbies.

Building further on the academy’s results, the city of Zaragoza decided to launch a video games competition. The first edition of the municipal videogame league 12 Lunas Cup,  will take place in March under the slogan “Put video games to use, instead of abuse'.

The semi-face videogame league is aimed at young residents in the province of Zaragoza, born between 1990 and 2008. Registration for 12 Lunas Cup is free and can be done until March 8. In total, more than 1,300 euros will be distributed in prizes among all participants.

The 12 Lunas Cup league comprises more than 224 seats divided into three video games: Fortnite, League of Legends and Brawl Stars. All players of the 12 Lunas Cup will meet weekly from March 15 to May 3, the day on which the winners of this first edition will be known.