With the coming of spring, citizens were asked to participate in the clean-up of the Slovak city 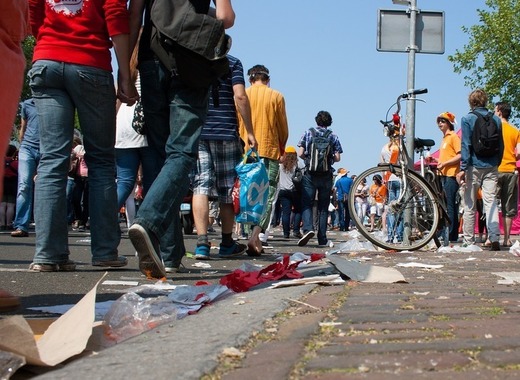 The municipal council of Žilina had decided to dedicate the month of April to the cleanliness of the city. According to the spokesperson of the city, with the arrival of spring, citizens start suffering from the mess, left after winter – rubbish, cigarette butts, food and drink wrappings on the streets and sidewalks. Because of this, the mayor of Žilina, Peter Fiabáne, issued an appeal to everyone living in the city to participate in their own way in its clean-up for the duration of April. The municipality has also launched a feature on its website, through which citizens will be able to track the progress throughout the town. There, they can also find out how and where they can help the most, what activities are currently planned or underway, where containers are located, and which parts of the city have already been cleaned. Everyone is more than welcome and even encouraged to participate in the initiative by joining other volunteers in the activities planned by the municipal council.

As April is drawing to a close, the mayor has announced a symbolic closing of the initiative - on 27 April everyone can join the traditional yearly clean-up of Lesopark. But as there’s still some time to go, you can yet join in on the other planned activities and make Žilina a better place.