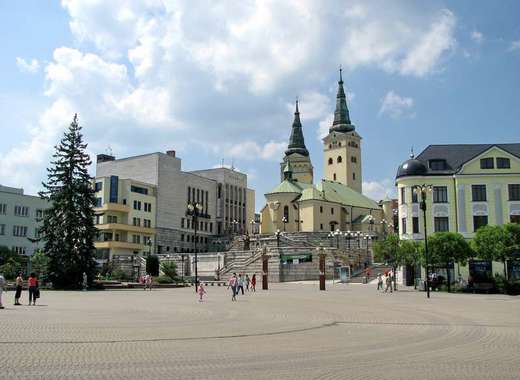 The Slovak city of Zilina is launching a pilot project that is meant to preserve more of its green spaces in order to allow for local authorities to more quickly accomplish their ambitious climate objectives. In essence, the pilot project is meant to reduce the intensity of grass mowing in several preselected spots around the urban area while simultaneously increasing the quality of their care and maintenance.

Employing good practices from other cities

According to Zilina officials, the practice of preserving green spaces through the reduction of mowing intensity is a modern approach to urban upkeep and is widely used in other cities. Not only does it lead to different aesthetically pleasing results but it also creates perfect conditions for improving biodiversity and for the capturing of more dust particles.

The idea will be trialed in five areas across the city. In the Solinky (Limbová) and Vlčince (Sv. Bystrík) housing estates, the local government decided to mow with a lower intensity. In the settlements of Vlčince (Obežná, Piešťanská) and Hájik (Korzo), the city will recultivate the area by liquidating the original grassland and establishing a new flowering meadow. These locations have been specially chosen for their proximity to different institutions such as schools, kindergartens and nurseries.

"Public space is a topic that deserves constant attention and monitoring of the latest trends. The principle of nature-friendly maintenance of urban greenery is sympathetic especially in the philosophy of sustainable development combining ecological but also aesthetic significance. The natural meadow vegetation takes nature back to the cities, but it also fulfills many other tasks. For example, on these hot summer days, flowering spaces have the ability to cool the surroundings and retain water, " stated the mayor of Zilina, Peter Fiabáne.

By employing innovative practices, the city is demonstrating its willingness to change with the times. Furthermore, through such approaches it is actively contributing to Slovakia’s overall fight against climate change.