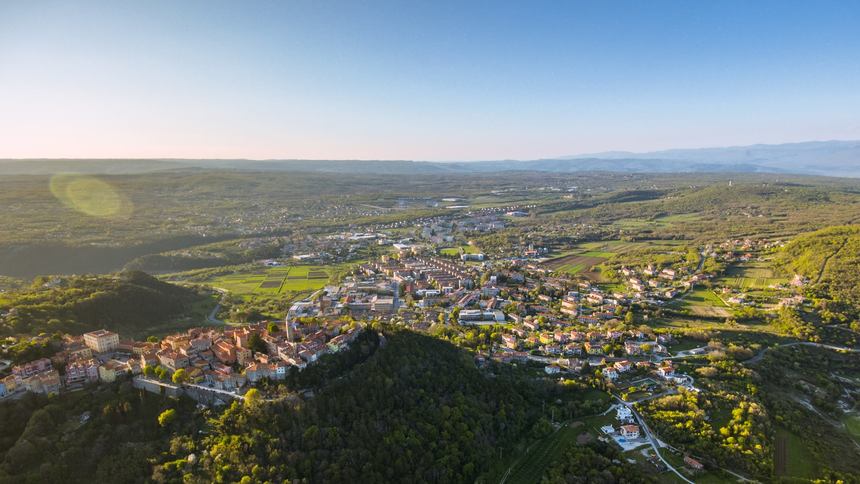 Labin was already inhabited two thousand years B.C. The remnants of Kunci, dating from the Bronze Age, nowadays can be found nearby Labin.

The old Illyrian-Celtic name of Labin was Albona/Alvona. Some historians believe that it was fortified by the Illyrians in the 11th century B.C. They also think that Albona in the Celtic language means 'a town on the hill' or 'an elevated settlement'.

Titus Livius said that Labin inhabitants were pirates. After the conflicts between the locals and Romans in the 3rd century B.C., Istra came under the latter’s control in 177 B.C. with a border taking shape at the river Rasa.

The town and its surroundings thus became an integral part of Illyria, the Roman province with a high degree of independence and authority over the nearby settlements. The oldest written document about Labin dates back to the 3rd century.

From 1295 Labin was under the rule of the dukes of Pazin. From 1381 it was under the jurisdiction of the Patriarchate of Aquileia and between 1420 and 1797 Labin was ruled from Venice and after that it belonged to Austria.

As a Croatian-speaking town Labin was for a long time the centre of Croatia's largest coal mining district. In March and April 1921, the town was the scene of a miners' strike which quickly transformed into an anti-fascist rebellion, considered to be the first of its kind, and the declaration of the short-lived Labin Republic (also known as the Albona Republic). The mine in the downtown of Labin closed in 1989.

The famous Lutheran reformer Matthias Flacius Illyricus was born in Albona. Unfortunately, due to the counter-reformation, he was forced to live most of his life in exile in Germany where he became the leader of the conservative wing of the Lutheran movement after the death of Luther.

The Istrian peninsula 'terra magica' lies on the Adriatic Sea which is the closest warm sea to the heart of Europe. Rabac, 'The Pearl of the Kvarner Bay', is located on the eastern part of the peninsula. Just above Rabac, situated on the top of the hill is the town of Labin.

Labin is an economic-tourist centre of eastern Istria, with a developed and technologically modern economy, with full employment, a place where education and acquisition of knowledge are a lifestyle, which is a pleasant and attractive for life of all generations, based on traditional values, cultural and natural heritage and sustainable development.

According to the indicators of the Development Strategy of the City of Labin for the period 2016-2020, the largest share in employment and income of Labin's entrepreneurs is realized in the manufacturing industry. It is followed by trade, activity of providing accommodation, preparation and serving of food and beverages, and construction industry. These four economic activities generate 75% of the city’s total revenue and employ 64% of the total number of citizens in the Labin city area.

With care for entrepreneurs and friendliness towards large and small projects, the City of Labin won with its Business Zone Vinež the third place among the best rated business zones in Croatia in 2019. 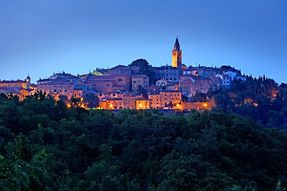 Labin consists of two parts: the old town, which is located on top of the hill, and the new settlement, the so-called Podlabin. The combination of the old and new town makes the walk through the streets like a visit to a museum.

In Labin you can check out several lovely palaces, like the Manzini Palace, the Battiala-Lazzarini Palace or the Scampicchio Palace. Near Labin, art lovers can enjoy the Park of sculpture Dubrova, which extends over 40 hectares, boasts 95 sculptures in the grove, made by famous Croatian and international artists, from Joost Barbiers to Dusan Dzamonja.

The economy of Labin was previously based on mining. Even though the famous mines were closed in 1989, Labin has not forgotten its past. The most interesting feature of the Labin National Museum is the faithful representation of the 150 m long mining corridors located in the basement of the building, which encompasses all the characteristic features of the mine. One of the symbols of Labin is also the mining tower „Šoht“.

Labin is also the birthplace of Matthias Flacius Illyricus, the famous Lutheran reformer. His Memorial Collection is kept in the beautiful baroque Frankovic-Vlacic palace.

Near Labin one can find Rabac, which is especially attractive because of its many pebbled beaches, which are awarded with the Blue Flag. Hiking and cycling are also popular activities in Rabac; the most popular hike is from Rabac to Labin, through a thick pine forest where you’ll pass by spring waterfalls and Negri's cave.