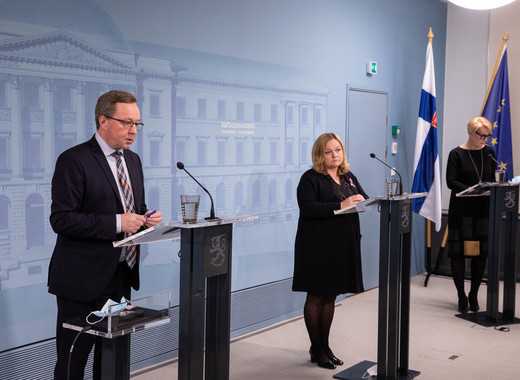 Fuente: Hallituksen tiedotustilaisuus 29.9.2020 by Finnish Government on Flickr (CC BY 2.0)