Over the next 18 months, Germany, Portugal and Slovenia will have to chart the course of the EU on an increasingly unpredictable international stage 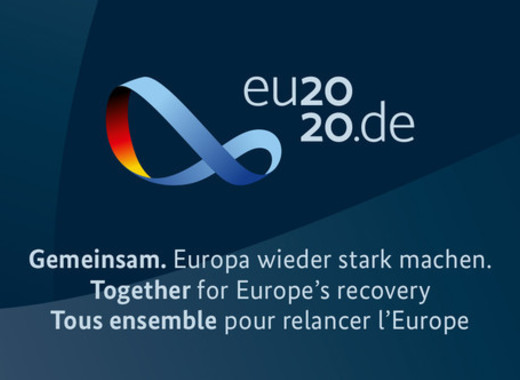 Today Germany takes over the presidency of the Council of the European Union from Croatia. Alongside the other two countries that make up the new trio – namely Portugal and Slovenia, Europe’s largest economy will have to lead the Union through a crisis of unprecedented proportions and into a changing world.

The priorities of the German presidency and the trio

It should come as no surprise that the main focus of the so-called “GPS trio” will be the social and economic recovery of the European Union in the aftermath of the global COVID-19 pandemic. That is no task that any country can accomplish on its own and member states agree that the Union should play a key role in the continent’s recovery. The only questions is how.

When it comes to the goals confined to the German 6-month presidency they are as follows: 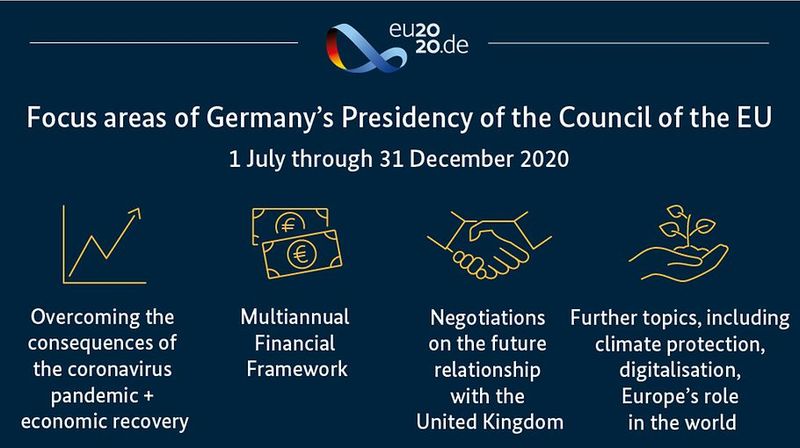 How the German EU presidency handles its immediate priorities will have long-lasting impact for the future of Europe. Source: © Bundesregierung

By adopting the motto “Together for Europe’s recovery” Germany makes no secret of what its main priority will be – namely dealing with the economic consequences of COVID-19. But that does not mean, however, that there aren’t other pressing issues that Europe’s biggest heavyweight will have to address in the coming months.

Trouble is right on the horizon for Germany. In July, EU member states will have to finally settle on the Union’s coronavirus recovery fund and resolve all their disputes regarding rebates and contributions to the EU budget when it comes to the bloc’s budget.

It seems whimsical right now that some EU officials believed that negotiations on the MFF could have been completed before the May 2019 elections, given the fact that discussions have been progressing at a snail’s pace. Even despite the coronavirus’s impact on the continent’s economies forcing Germany to do a 180 turn and completely rethink its position on government spending and on the economy in general, it has not had the same impact on other member states – like for example Austria, the Netherlands, Denmark and Sweden (also known as the Frugal Four).

As of right now, all sign point to the fact that no one is budging – but the loss of German support for the Frugal position made a clear and sizable impact on the group’s position which might force them to make more concessions in the coming negotiations. Some movement can already be found, emanating from Copenhagen where officials are already coming to terms that not all they are striving towards will be achievable in the aftermath of the coronavirus pandemic.

COVID-19 accomplished something that no mortal man could – force Germany to abandon its commitment to austerity and loosen up its coin purse in order to protect its economy. That change has also transcended national borders with Angela Merkel and French President Emmanuel Macron backing a joint proposal for a massive recovery fund for Europe, based on the principles of solidarity and common purpose.

Whether the Franco-German juggernaut succeeds in its battle for a massive EU recovery budget against the Frugal Four and to what extent is one of the questions that every European country will be asking itself over the next few months.

There are a few other things that the German presidency will have to deal with – or at least attempt to, to the best of its ability, given the relatively short 6-month period. First, and perhaps the least important of the bunch, is Brexit.

With the UK government refusing to request an extension to the transition period, it will expire on December 31 2020. That means that the United Kingdom will no longer be subject to any EU rules and laws unless they had previously been agreed upon. Yet, given the state of the ongoing negotiations between the European Commission and the Boris Johnson government, breakthroughs might prove scarce. It will be up to the German presidency to prepare Europe for the inevitable finalization of the Brexit process and, to the best of its ability, try to help in salvaging as good a deal for the European Union as possible.

On other fronts, one should look outside of the EU’s immediate neighbourhood – namely to the east and west. The US is heading for an election in November – that might mean a reset of transatlantic relations that have been put under heavy strain for the past 4 years under President Donald Trump – or it might mean a further deepening of the rift.

Trouble to the East

Meanwhile, Russia’s president Putin is looking to solidify his grip on power until 2036 and has shown no apparent signs of taking a conciliatory approach with his European neighbours, instead opting for a deepening of his country’s reliance on China. Which brings us to the final and perhaps the greatest challenge of the bunch – namely the EU’s relationship with the behemoth to the East.

Relations between the bloc and China have become strained since the outbreak of the pandemic, in no small part thanks to China’s “Wolf Warrior” diplomacy and its attempts to sow discord on the continent via fake news and disinformation warfare. It will be up to the EU – and those leading it – to formulate a new approach to China over the coming months, one that takes into account both our mutual dependencies as well as our systemic rivalries.

These problem areas barely scratch the surface of what Europe is facing. Climate change and the rapid development of technology still remain an ever-present threat that all EU officials will have to deal with. Yet given the unprecedented situation, perhaps we should feel lucky that it is Germany, the EU’s stronger economy, that takes over the reins first, following a crisis of such magnitude. And given the tremendous shift in perspectives that Berlin went through just a few months ago, perhaps the same can also be hoped for in the case of other countries.