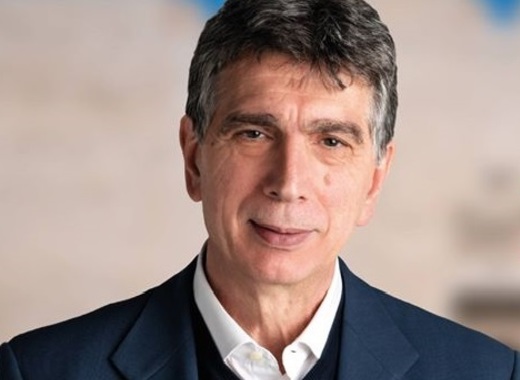 Cosimo Damiano Cannito was born on April 10, 1951 in Barletta. Being a doctor is his occupation and way of being, but politics is his passion.

Cannito graduated in medicine in 1977 at the University of Naples. In 1982 he obtained his specialization, worked in the Medicine Department of "Umberto I" in Barletta, and was elected for the first time to the city council as a member of the Italian Socialist Party.

In 1992, at just 40 years of age, he surpassed his competition and became a primary care doctor of the emergency department at the "Dimiccoli" hospital in Barletta. Since 2005 he has been a teacher at the Faculty of Nursing of Foggia. He teaches clinical pathology at the University center of Barletta. In 2011, he was selected from among a total of 450 candidates to obtain the eligibility to perform the functions of a general manager. He also teaches at the University of the Third Age, the Unitre of Barletta.

Mino, as everyone calls him, was elected mayor of Barletta in the local elections of 10 June 2018.

Mayor Cannito, why is Barletta known as the “City of the Challenge”?

Barletta is known as the City of the Challenge because in 1503, when our land was dominated by the French and the Spanish, in a tavern in the seaside village of Barletta, a French captain, Guy De La Motte, offended the Italians by calling them cowards and traitors. The Italian Ettore Fieramosca then challenged him to a battle, 13 Italian knights against 13 French. The Italians won!

By profession you are a doctor. Why did you become a mayor?

Yes, I am a doctor and I have practiced the profession for about 40 years, many of them in emergencies, at the head of the city's emergency room and the emergency department of the provincial health company. Politics, however, has always been my passion. Since I was a boy I have been a militant of the Socialist Party and I have been many times city councilor. Being the mayor was a strong desire, a gesture of gratitude and love for my city.

What are the biggest challenges in your daily work? What has changed in the municipality so far?

The daily challenge is the one against bureaucracy which causes delays in the realization of important works and sometimes even paralyzes the administrative activity. Nevertheless, we have managed to overcome this challenge more than once and to complete several strategic projects for the city starting even more important ones. Work began on the removal of two level crossings that divided the city in two, congesting traffic and increasing emissions of pollutants into the atmosphere. They also represented a danger for pedestrians, there were many, even fatal, accidents  on those tracks! We reopened the oldest school in the city, the "D’Azeglio",  after securing it, to prevent a piece of city history from dying with it and to offer pupils adequate space; the functional adaptation of the municipal stadium, closed for several years, was contracted and within a year, the sports facility should be returned to the city and to the football team that claims it most of all; interventions are planned on the coast, including canal excavation and collector construction, which will improve the quality of sea water lapping against a long and beautiful sandy coast. We managed to organize big events, such as the Jova beach party, right on the beach and we have launched a bid for becoming the Italian Capital of Culture in 2021; together with our fishermen we collect plastics at sea and we are very committed to environmental protection policies. But what we do every day is important: we listen to people, we try to understand their inconveniences and mitigate them with political intervention.

Please, share some other good practices of the municipality. How do you finance them?

I could mention those related to environmental protection first of all. For example - air monitoring, entrusted to fixed and mobile control units; or biomonitoring of children's nails, to check for the presence of heavy metals in the body. These two practices are carried out thanks to the collaboration between institutions - the municipality of Barletta, the health company, ARPA Puglia, the regional agency that deals with the environment and ISDE, an association of doctors attentive to the health of people related to the health of the environment in which we live. And then we look at Europe, because it is in Europe that we are and must be and because thanks to the European Union we are able to design and implement various measures and interventions that, over time, will change the physiognomy of the city for the better, making it more modern with standards far better than in the past.

What city would you like to see at the end of your first term?

Clean and decent. This is one of my battles since my inauguration. In the city, in fact, we have placed several “trap photo” cameras to frame the uncivilized people who abandon waste on the street without collecting it. For them there are very high fines. A city that can be defined as welcoming where there is a place for everyone, work for the youngest, so as not to have to leave it; social occasions for the elderly, to not suffer from loneliness. I would like Barletta to be a city capable of offering opportunities!

What do you think of a unified platform for European municipalities and its main objective of making and keeping European citizens better informed about what is happening in the European Union? How can we be useful to you and the citizens of Barletta?

The more information circulates, the better. A thing exists to the extent that it is known, so welcome, it is a valuable initiative!

Find out more about Barletta here