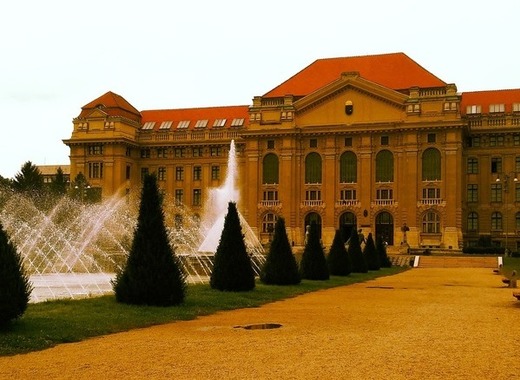 Debrecen is expected to receive 35 billion forints (roughly 108 million euros) for development of education and training projects in the field of automotive industry. The funds will be provided by the central government, reports the Hungarian Ministry for Innovation and Technology. This was announced last week by minister László Palkovics and the proposal is subject to approval by the cabinet in the upcoming week.

Close to two-thirds of the amount (or around 62 million euros) is supposed to be received by the technology department of the Debrecen University and the education field, while the launch of a vehicle engineer course is also envisioned. Additional 22.5 million have been earmarked for vocational training of technicians and for the establishment of secondary schools that provide classes in German and other foreign languages spoken in adjacent countries. Palkovics underlined that the ambition for the Hungarian city was to maintain high levels of economic growth, which accounts to 2% more than the mead for the EU. In order to achieve this goal, the local government believes taht the stimulation of the vehicle production industry is crucial as it already accounts for a quarter of the volume of the total output.

One of the pirncipal aims of this initiative is to update the vocational training and adapt it to the needs of the private sector. Therefore, the educational system will be reorganised, and new courses will be launched with their curriculum drafted in consultation with enterprises. Finally, a major construction project is progressing towards the instalment of a next-generation BMW factory which will certainly contribute to the high growth objectives.