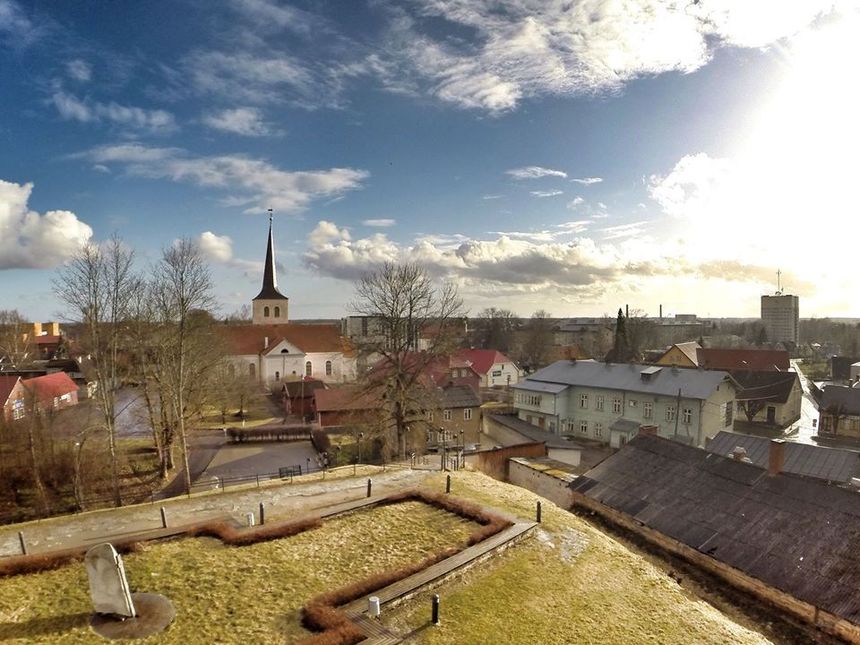 Paide was first mentioned in written sources in 1265, when the construction of the Livonian Order fortress began during the reign of the Order's master, Konrad von Mandander.

On 30 September 1291, Paide received city rights from Halti and became the most important military base of the Order.

During the Livonian War, the town suffered greatly from the hostilities. In 1558, Paide was besieged by Russian troops who were unable to conquer the fortress. However, they burned down the city.

In the autumn of 1562, the fortress was besieged by Swedish troops under the command of Klas Kristersson Horn and forced the captain of the fort, Johann Groll, to capitulate.

In 1565, the Swedish authorities expelled some German citizens from Paide, who were suspected of not being loyal to the Swedish state. Between 1570 and 1571, for 7 months, the city was again unsuccessfully besieged by Russian troops.

In 1573, Moscow's troops under Ivan IV conquered Paide. Almost all the townspeople and those in the fortress were killed. The deputy governor of Paide, Hans Boy, was tied to a spike and burned to death.

In 1581, Swedish troops led by Göran Boije, Johann von Koskull and Caspar von Tiesenhausen recaptured Paide. In 1583, with the Pljussa Armistice between the Tsarist Moscow and the Kingdom of Sweden, Paide was declared Swedish property.

In the autumn of 1600, during the Polish-Swedish War, Paide was the headquarters of Duke Charles (later King Charles IX of Sweden).

The decline of Paide in the 17th and 18th centuries

Paide, suffering from the wars, lost its importance as a military base and was removed from the list of fortresses in 1636. The castle ruins and the surrounding city were donated to Lennart Torstenson, the landowner of Mäo, and Paide lost its city rights.

During the Great Northern War in 1703, Russian troops burned down Paide, and when Estonia came under Russian rule, the town was returned to the Mäo Manor. This led to litigation between the residents of Paide and the landowners of Mäo, which ended unsuccessfully for the townsmen.

Paide regained its city rights in 1783 in connection with the administrative reform initiated by Catherine II. The city became the center of Järva County and in 1789 a new city boundary was established. As a county center, Paide developed into a typical small provincial town.

In the last decade of the 19th century, the renovation of the city gained momentum. In 1895–1897, Vallimägi was reorganized and the Vallitorn was restored.

At the beginning of the Estonian War of Independence, which began in 1918, the Järva County Defense Battalion was formed on 18 December 1919 in Paide.

In the 1920s, a residential area with a garden-like look was built along Pärnu Street. In 1920, a stone town hall was built next to the central square, to which a second floor was added in 1925.

During World War II, Paide was not damaged badly, but the retreating Soviet troops blew up the Vallitorni in 1941.

In 1991, the city's 700th anniversary was celebrated. On May 21 of the same year, Paide received municipal status.

Paide is a municipality of Estonia and the capital of Järva County. It includes the town of Paide and settlements from the former parishes of Paide and Roosna-Alliku. 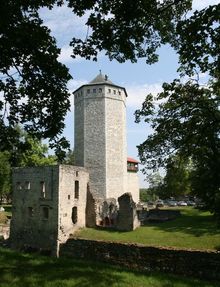 The castle was built by order of Konrad von Manderm, Master of the Livonian Order around 1265-66. It is locally known as Tall Hermann tower or Vallitorn.

With its 6 storeys, the tower has always been the core of the castle complex. The fortress was strengthened during the 14th and 15th centuries, when the surrounding walls were enlarged, and towers were added.

The castle was then modernised to be able to withstand the new threat of firearms. During the 16th century, it was again modified through the addition of outer bastions.

The castle was repeatedly besieged by Russian troops during the Livonian War. It was occupied by troops loyal to Ivan the Terrible in 1573. After that, it changed hands several times.

Restoration work was carried out on Vallitorn and some other parts of the castle in 1895-97. However, in 1941, during WWII, retreating Soviet destroyed the central tower. It was repaired after Estonia regained its independence in 1990-1993.

Paide Vallitorn became the symbol of the city and Järva County and is depicted on their coats of arms. Nowadays the restored central tower of the castle houses a part of Järva County museum.