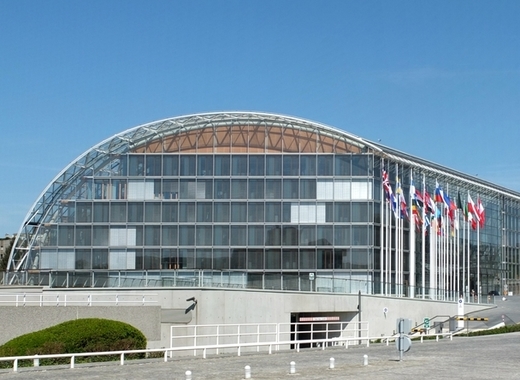 Being a small country, Hungary nevertheless boasts world-class achievements in science and sports. And no one would object to the fact that this upward drive begins at the school bench and the school gym. Recognizing this dependence, the European Investment Bank (EIB) has invested so far EUR 911 million in Hungary’s education sector, helping central and local government to overhaul outdated and inadequate infrastructure.

The most recent instance of this unflagging support is the EUR 150 million loan for the construction and rehabilitation of 8 schools, 16 classroom extensions and 20 new sport halls in schools, as well as construction of 26 swimming pools and 17 larger gymnasiums in public schools across Hungary.

The loan was signed last week in Budapest by Lilyana Pavlova, Vice President of the EIB and Mihály Varga, Hungarian Minister of Finance.

According to the EIB press release, the EIB loan will facilitate new capacities in the primary and secondary education and in particular will allow pupils currently schooled in mobile containers to move in to new, modern school buildings. This will ease overcrowding, upgrade teaching equipment and finally improve educational performance, thus increasing the social opportunities and future employability of young Hungarians.

Pupils will also be able to better meet the sport requirements of the national curriculum and engage in popular sports with an eye on potentially achieving professional excellence.

The new loan is an extension of a similar program signed in 2016 worth HUF 15 billion (EUR 48 million). Back then EIB co-financed the project with 50% share and is expected to do the same now.