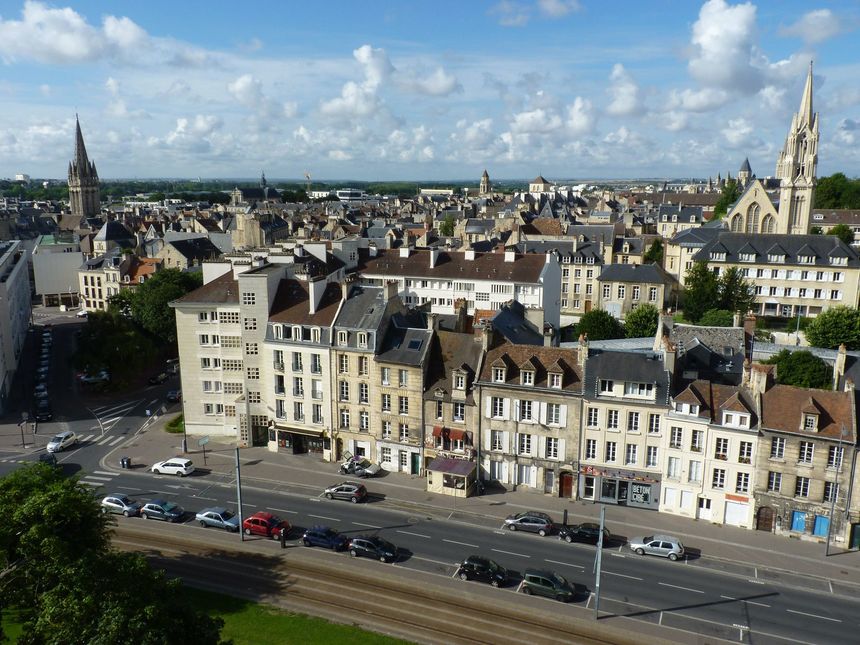 Caen is a beautiful city in Normandy, with a vast cultural and natural heritage. Its flourishment started back in the 10th century under the supervision of the Dukes of Normandy. It was in 1060 when the construction of the famous Castle of Caen was started by William the Conqueror, to make it the seat of the ducal court. Mathilda of Flanders, the duchess, founded here the Saint Trinity Benedictine Abbey. The city soon became the capital of Lower Normandy and in 1204 was incorporated in the French Kingdom by Philip II of France.

The Hundred Years’ War did not spare the city – King Edward III of England took it over in just a day, killing thousands and ravaging the properties of the locals. Very soon the English left Caen following a victory at the Battle of Crécy. The hard times for Caen continued when Henry V took his revenge in 1417 on the city.

Caen also suffered heavily during the Nazi occupation and particularly during the Operation Charnwood. An important objective for the Allies, Caen was supposed to be liberated on D-Day. After severe bombings that destroyed more than two quarters of the city, it was finally liberated on 9th July.
World War II ruined a great part of the heritage of Caen, arguably spoiling to a large extent its spirit of a Normandy city. Much work has been done to recover it from the events, including complete reconstruction of the city and the university campus.

Caen is the third largest municipality in Normandy, north-western France. The agglomeration of Caen was changed into a district in 1990 which was transformed in 2002 into Agglomeration community which changed its name to Caen la Mer in 2004. The urban area of Caen has a population exceeding 400 000 inhabitants, 30 000 of which students. The city is governed by a Mayor and a local council.

Caen has a creative, vibrant and innovative local economy, driven by a variety of businesses. From traditional ones, such as automobiles, healthcare, agriculture and food processing, to more contemporary enterprises, working in the information technologies and the digital sector in general.

A Super Campus for healthcare innovation is expected to be realized north of the city. With 350-hectares development site, it already unites HEIs, Research and development centres, into a first-class facility. 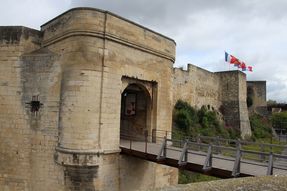 Located in the heart of the city, the Castle of Caen is one of the largest medieval enclosures of Europe. Reaching the top allows to see a panorama of the city and on the inside – it is possible to visit the Museum of Normandy and Fine Arts, the House of Governors, the Church of St. George, among others. From the historical standpoint, it is interesting to visit the sites of the two Abbeys – the St Etienne church, known as the Men’s Abbey from 1063 and the Church of St Trinity, known as the Women’s Abbey, constructed in 1060.

Minutes away from Caen, the beach of Nacre is awaiting with a fish market, small villas, the opportunity to practice water sports and luxury balneal stations.

Caen was heavily affected by the Second World War. Explore the heritage of the Normandy landings through the D-Day beaches, the museums, the monuments and the whole city itself to learn more about the crucial events that took place in 1944. Do not miss the Caen memorial, the Sword beach, the sites of the two main battles and the British cemetery.