Ivan Čehok, Mayor of Varaždin: Digitization is certainly the future of cities 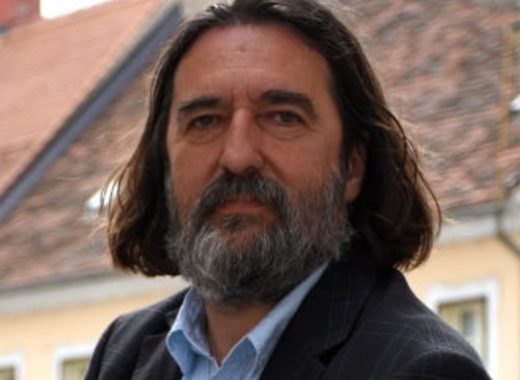 With 46.946 inhabitants and the average annual temperature of 10°C, the city of Varaždin is one of the most attractive destinations to live in or to visit in Croatia. It is the tourist, cultural, economical, educational and sporting centre of North-western Croatia.

The nine-times winner of the award presented by the National Tourism board, the nomination for the Golden Flower of Europe and holder of 11 „Green Flowers“; the national award, all for the most ordered, appointed and maintained destination, speak in favour of Varaždin being the city of pleasant emotions.

One of the aims of the municipality is to transfer everything one can experience in the city of Varaždin to the virtual world. Is the digitization the future of cities?

Ditization is certainly the future of cities, and Varaždin is developing in this direction, devising its own project called VaraždiNETZ.

Under the name VaraždiNETz, it is planned, together with partners, to connect all Varaždin households with optical cables that allow data exchange at rates up to 1 gigabyte per second. Such internet speeds will enable Varaždin to develop the true concept of a "smart city". The plan is to connect some 22,000 households of Varazdin to the optical network in the years to come. Once a household enters an optical network, citizens will be able to choose a commercial carrier that will offer them Internet, television channels and the phone. The network will operate on the intranet principle, which will allow households and institutions to connect completely free of charge at maximum data rates. The port itself and the active equipment will be free for citizens, and the city will in collaboration with the private partner Infrastruktora d.o.o. which already has 10,000 users, set up a company that will develop the network the following years.

The benefits of broadband internet will be a prerequisite for a stronger economic development in Varaždin and a change in the industrial structure. The companies in Varaždin will gain with the connection to the so-called fiber optics of the future business conditions alike those in the informatically most developed countries. By introducing such technologies, IT advanced countries have managed to raise the gross national product by 1.5 to 2 percent annually. Access to smart technologies, educational, entertaining and informational media content, and the overall increase in the quality of life of the entire community, all those are undeniable positive consequences for the city of Varaždin, which is why it is going to insist on the introduction of broadband internet to all households and businesses.

Croatia is a member of the EU since only 5 years, but your municipality has already managed to implement EU funded projects. Tell more about how they are improving the quality of life of the citizens?

The City of Varaždin has always supported the development of the city in the direction of raising the quality and standards of communal infrastructure and services as well as the education and cultural life of all those who live or visit the city of Varaždin. Some projects have started even before Croatia joined the EU and have then been additionally cofinanced through EU funds, thus making us the implementation carrier of these standards for entire Croatia. Numerous smaller projects that were carried out during this period were aimed at empowering citizens as well as city administration in acquiring new habits, skills and sensibilities pertaining to the overall social (culture, education, sport, etc.) and especially economic development (in particular medium-sized entrepreneurship as well as tourism and industry). These smaller projects resulted in an elaborated documentation that served as the basis for following larger structural projects, such as the newly built student hall, the expansion of the technology park, investments in waste management systems, general investments in communal infrastructure and others. Particularly noteworthy is the construction of entrepreneurial capacities such as a new hotel, the expansion of production capacities of some of the entrepreneurs in the city, the opening of new plants and such.

Along with regular investments and new investments that the city implements by the power of its own budget funds, all the additional funds received through the EU have provided faster and more powerful development and certainly raised the quality of life in Varaždin.

One such good practice example is the implementation of a project that introduced assistants in classes, aimed at the inclusion of students with disabilities in the educational system and society in general. This project, the City of Varaždin has started approximately ten years ago with its own resources, for it to be now recognized by EU funds and currently being co-financed with an amount of over EUR 1.2 million. It is being carried out throughout Croatia. In addition, we were among the first to introduce a larger standard for waste collection and management, so we were prepared for the use of various funds and the construction of a recycling yard, the purchase of specialized vehicles, and have set the ground for the construction of a sorting and composting plant. By horizontally and vertically linking all institutions in the higher educational system we achieved a synergy of all stakeholders and built with EU funds a student hall with a capacity of 860 beds worth around EUR 17 million.  Currently in the realisation phase is the project for the capacity expansion of the Varaždin technology park by an additional 2300 m2, for which EU funds of approx. EUR 2 million have been granted. These projects directly contribute to a better standard of communal services, education and to the development of entrepreneurship for our citizens, which we consider key elements for the overall development not only of the city, but the wider region as well.

Plans for the future include the reorganisation of the City Library in the city centre as the City bought the building in the very centre of the city. The plan is to relocate the youth and the adult department to a new, modern space, which aims at reviving the city centre, but also relieve the premises for other cultural institutions. The theatre has been equipped with a lift, and the Concert hall has been renovated. Now it is time to renovate the remaining part of the Helmer theatre, which we would like to connect to other big European cities - Prague, Budapest, Timisoara. Furthermore, we now need to also renovate the Varaždin synagogue, the Youth Centre Varaždin, we created a social inclusion centre and the area of ​​the former barracks in Varaždin will be transformed for socio-economic purposes.

Along with the expansion of the Technology Park, the old cinema is planned to be transformed into a Creative Industry Centre. Due to low average wages we want to create a framework for young people and innovative and ambitious companies that will create additional value, and since there is a large number of students in Varaždin and we desire to retain those young people in Varaždin, the city has applied as a candidate for the European Youth Capital for 2021 - the results of our candidacy are expected to come these days.

What do you think about a unified platform for European municipalities and its main goal to make and keep European citizens better informed about what is taking place in the European Union? How the portal can be useful to you and the citizens of Varaždin?

Such an initiative would certainly accelerate and facilitate local development as all those using EU funds will be better informed and better prepared as to investment priorities, and the quality of the prepared strategic and implementing documents for projects would increase. In addition, it is also important for a better interconnection and establishing project partnerships and other partnerships so that the impact of local development and projects is as large and widespread as possible. Such a platform and portal would provide a greater chance for the town Varaždin to apply and use EU funds because it would certainly increase the application capacity for the above mentioned reasons. 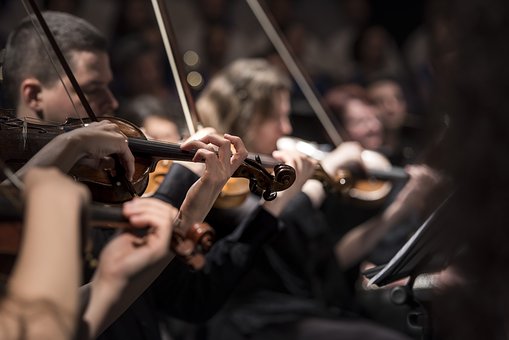 Why Varaždin is the city of angels, colourful and magical events?

The name "City of Angels" was given to Varazdin due to all the small angels that protrude from the corners of this baroque city, hiding under the roof and in the corners between buildings. While walking along the streets of Varaždin, one might spot a gap between the wall of the Franciscan church and the old building. Should one decide to then approach this gab, one will find a dozen little angles flying about through the colourful sun-rays and listen to little bells ringing. This magical sight in the very centre of the city creates a feeling that you have just found the entrance to another world. And while all those passengers walking by mind their own businesses, the angles remain hidden, carefree and graciously playing their flutes frozen in flight, in the shadow of the city.  This place is called "angels' nest". The Angels' Nest is one of the most popular installation by Željko Prstec, an artist from Varaždin, and depicts the space between dream and reality. The value it added to the city is more than only being visually attractive - lovers have on their own initiative started ot put locks on the fence of the Angels' Nest and thrown the key over the fence among the angels, as to forever seal their love.

Varaždin has also a festival called "Špancirfest" (translated: strolling festival). Špancirfest started its story a dozen of years ago as the first street festival in Croatia, and is today one of the most visited national festival. The idea of Špancirfest is to offer each and every visitor during the whole ten days of the festival a content that will inspire a sense of belonging to a community that fosters creative thinking and freedom of expression. The festival brings together professional and amateur artists from all over the world - from musicians of various genres to street theater and multimedia performances - and transforms Varaždin's historical core into an art workshop where both visitors and artists participate. Visitors have a unique opportunity during the Špancirfest to learn various artistic expressions and actively participate in some of them, and professionals from the cultural and creative industries develop their knowledge and skills and expand their network of business contacts. The festival attracts over 250 thousand tourists to Varaždin each year.

The Festival of the Varazdin Baroque Evenings is the most significant music-scene of central Croatia, founded in 1971, and today it is a specialized early music festival, one of the most important festivals of this kind in the world.

All this above mentioned, and beyond are reasons why Varaždin is called the town of angels, a city of colourful and magical moments.