Mayor of Riga heads to European Parliament amid corruption probe

After being suspended from his post in April, Nils Ušakovs has officially stepped down in order to take up a seat in the European Parliament 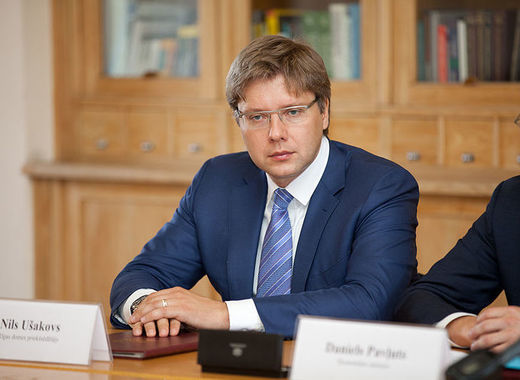 The mayor of Riga has been a controversial figure in Latvia’s political landscape for a while. Only in April, as we mentioned in a previous article, he was suspended from his post following a massive corruption probe into his works as head of the capital’s administration. The investigation was started by Environmental Protection and Regional Development Minister Juris Pūce, who stated that due to Nils Ušakovs’ conflicts of interest and mistakes, he had cost the municipality around 28 million euros.

The now former mayor has finally resigned from his post, willfully, in order to take up a seat in the European Parliament, following the European parliamentary elections. His party won two seats in the EU’s legislature and received 17.45% of the vote in Latvia.

The current situation in Riga is as follows – Nils Ušakovs’ party “Harmony” previously confirmed that they will support the candidate of their allied “Honor to serve Riga” (GKR) party for the post of mayor. Later in the week, GKR and “Harmony” supported the candidacy of former member of parliament Danais Turlais who now effectively serves as mayor of the Latvian capital. Nils Ušakovs has further stated he believes that his successor will follow all the good work that he has done as city mayor during the last few years.