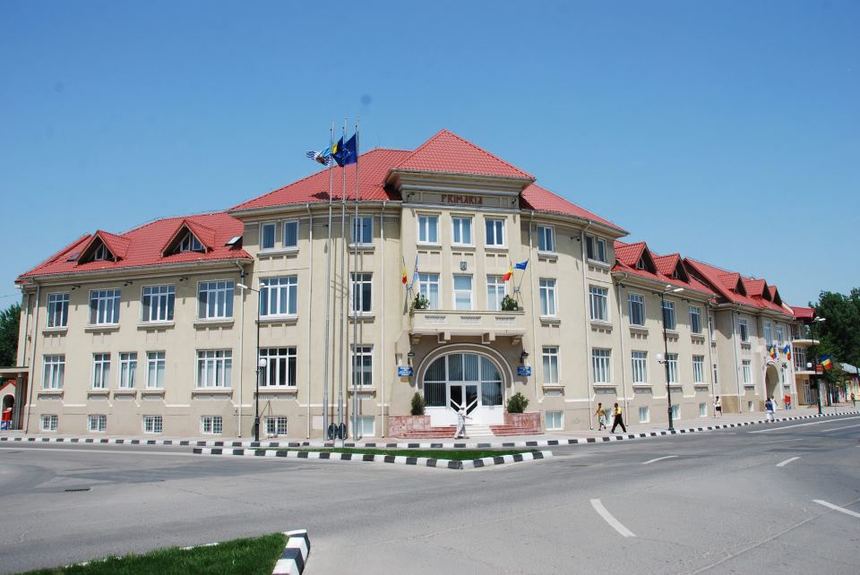 Archaeological research has revealed evidence of stable human settlements in the area, dating from the Neolithic period. Discoveries of researchers have confirmed the continued presence of residents in the vicinity of the river and the link between their occupations and living conditions on the Danube, but the first documentary evidence of Giurgiu town dates to the second half of the fourteenth century.

The name of the city seems to come from the name of a Transylvanian shepherd who, being with his sheep in the Danube Delta, released from the hands of Turkish soldiers a group of people who were to be sold as slaves and servants. The liberated people settled in the Danube's Meadow, forming a fair that was named after their liberator. Another legend says the town's name comes from St. George's Island, where Genoese merchants ventured to build a small commercial outpost. They named the town San Giorgio (St. George) after the name of the holy protector of the Genoese.

Giurgiu was mentioned for the first time indirectly in the Codex Latinus Parisinus in 1394, during the reign of Mircea the Elder, under the name of Zorio. The first documentary testimony of Giurgiu was made on 23 September 1403 in an official document, the Treaty issued by the Wallachian Chancellery and concluded at Giurgiu between Prince Mircea Cel Batran and King of Poland Vladislav Jagelo. Conquered by the Ottomans in 1420 in order to control the traffic on the Danube, Giurgiu was renamed "Yergöģű".

As a fortified town, Giurgiu played an important role in the Romanian and Turkish wars for the control of the Danube. The walls and fortifications that were heavily affected by the bombings were completely destroyed by order of the Russian army commander. Thus, the only remaining defense was the castle on Slobozia Island, connected to the shore by a bridge. The foundations of the present day city were made after the Russian - Turkish war from 1828 to 1829. The first urban development project of Giurgiu was made in 1830. In the same year of 1830 the institution of the "magistrate" was established - equivalent to that of today's mayor - and on January 1, 1831, the first elected magistrate in Giurgiu, Alexandru Marişevschi, came into office. The modern age is marked by the elaboration of the Plan of the "Organic Regulation", with the drawing of a radial street network by Moritz von Otto in 1831. After this period, there sprang up "some beautiful houses" and a church (the Holy Trinity). The streets of the city were stone-paved.  Around the Tower, built in 1771 as an observation tower and then turned into a Clock Tower, a concentric radial street system was  built according to the city's systematization plans.  With the signing of the Russian - Turkish Peace Treaty of Adrianople, the fortresses on the left bank of the Danube, along with their territories, were returned to Wallachia, the Danube boundaries between the Romanian Principalities and the Ottoman Empire were established, and Giurgiu became the capital of Vlasca County. A prosperous period ensued of building places of worship, barracks for soldiers guarding the Danube, a prison, a sugar factory, main streets. The first private primary school was established, projects for building the main roads connecting the city with Bucharest and projects for the construction of railways were launched. In 1854 the first telegraph line in Wallachia was established between Bucharest and Giurgiu, and the first railway Giurgiu - Bucharest, with a length of 70 km, was inaugurated on 31 October 1869. At that time (1871) it was proposed to build a bridge over the Danube in Giurgiu, but the proposal was rejected, so that the bridge connecting Giurgiu with Ruse in Bulgaria became a reality only in 1954. In 1900 the Bucharest - Giurgiu road became the first stone-paved road in Romania. In Giurgiu, in 1905, the first angled bridge in the world was built over the "St. George" Canal to the Danube Harbor. The two world wars cost Giurgiu many human sacrifices and much destruction.

The heroic battle of the soldiers, but also the moral strength of civilians who have not abandoned their city in their crowning moments, were immortalized in stone or bronze in all areas of the city. After the events of 1989, the city of Giurgiu experienced a period of economic regress and urban stagnation. Since 1996, however, Giurgiu has resumed its ascendant course of development and modernization, dynamism being the defining feature of the present life of the city.

Giurgiu is situated in the south part of the country, on the left arm of the Danube river, on the border to the Bulgarian city of Russe. It has a total area of 3,526 km². According to the latest official data (Census 2011) its population is 61,353 inhabitants. The municipality comprises the town of Giurgiu, with a total area of 52,3 km². The territory of Giurgiu is located in the forest steppe and meadow.

The Mayor of Giurgiu is elected according to the law and is validated by the Judgment of the Giurgiu Court.  In order to implement the competencies given in the above normative acts, the Mayor has a specialized apparatus and is assisted by two deputy mayors, a public administrator and a secretary of the municipality, a public civil servant.

The industrial sector is dominated by the Giurgiu Free Zone, with access to the Danube, the Industrial Park and the Business Incubator in Giurgiu Nord. The industry is characterized by the disappearance of large industrial capacities and the emergence of smaller firms, geared to the needs of the market. The construction of river ships (discontinued in 1993 and resumed in 2003), metallurgy and machine building, building materials, textiles and garments, food and services are the industry highlights. With the construction of a new cargo port, separate from the Fluvial Passenger Railway Station, Giurgiu will become an important transit point for goods on the Asia - Europe route, due to multimodal transport.

The VOESTALPINE concern is an important landmark in the city's economy.

The agricultural area of Giurgiu Municipality is 1943 hectares, of which 1855 ha of arable land, 10 ha of pastures, 70 ha of vineyards and 8 ha of orchards. Geoclimatic conditions are generally favorable to agricultural activities, but account must be taken of the characteristic features of the hydrological conditions of the area. Thus, the alternation of droughts and excessively humid years is observed, and in the conditions of excessive precipitation and the presence of groundwater at low depths, puddles are recorded.

The decline of the industrial sector has led to a reorientation of the work towards the development of services and, increasingly, tourism. So, in Giurgiu Municipality there is a rich pallette of companies that offer cable television and internet services, laundry and car services, passenger and freight transport, real estate mediation, public catering and  security protection. Last but not least, the accommodation capacity of the city has expanded. 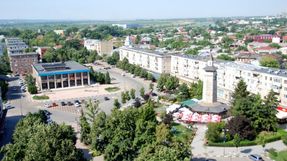 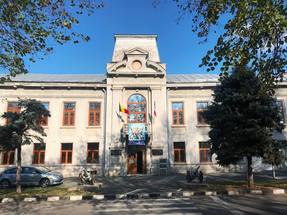