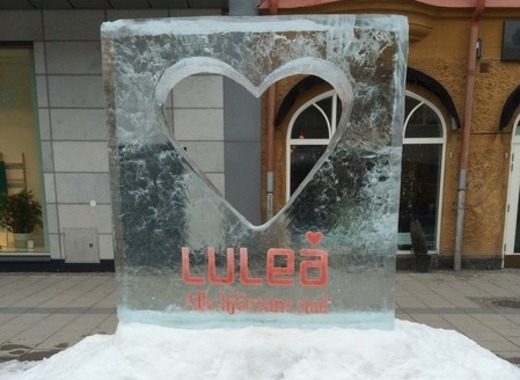 For three months, between January 15 and April 15, three Swedish families with children will lock their cars in the garage and instead take the bus, train, bike or their own legs for their daily trips.

The volunteers who have taken this challenge are part of the Luleå municipality's Mobile without car project, a collaborative effort with LLT, The pendulum - North train and Regional Public Transport Authority Norrbotten.

To facilitate their car-free experience, the participants' private bikes are equipped with winter tires and lights and everyone in the household has a bicycle helmet. The families will also have access to a bicycle pool where they can borrow tandem bicycles, kickbike with electric assistance, fatbike, bicycle trolley and a folding bike to take on the bus or train.

Tickets for local and county buses and train commuter cards have also been provided for free to all participants.

Volunteering families are required to take part in communal meetings, write a travel diary and respond to evaluation questionnaires about their travel habits before, immediately after and six months after the project.

“It feels incredibly exciting to be able to follow the families in their everyday lives without a car. Their experiences can hopefully help and inspire others to dare to take the step into a future where the car will be not as important as it is today,” says Helena Lindvall, project manager for L to Å - Sustainable Travel in Luleå.

Meanwhile, Sweden has voiced opposition to EU Commission's funding plans for the ambitious European Green Deal, which outlines a set of climate adaptation actions and earmarks 1 trillion Euro for their implementation. Swedish finance minister Magdalena Andersson told Radio Sweden that her government wants the debate to focus not on what new types of actions can be taken in order to reach the climate targets, but rather on what a country needs to do less of in order to fix what is broken.