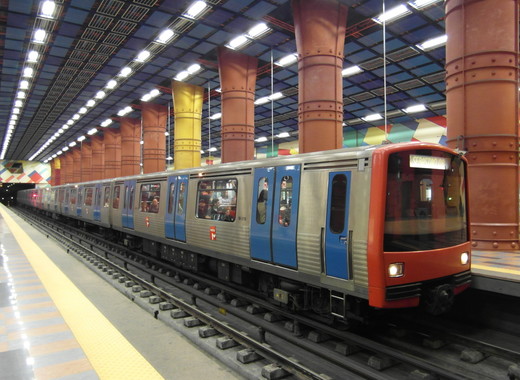 The year 2020 is set to be one of historic change and transformation for the Portuguese capital of Lisbon. The city was named European Green Capital 2020 for its proven ability to adapt to the historical challenges presented by climate change and the local government aims to demonstrate precisely that.

One of the local government’s first moves in 2020 was the decision to begin redesigning the vehicles that make up the Lisbon Metro fleet. The goal is to replace the fabric with which the trains’ seats are lined with, with cork – a far cheaper and more environmentally-friendly material.

The solution was first trialled in 2013 when Metro de Lisboa changed the lining of a total of 200 seats across its many vehicles. So far, the seats have remained in excellent condition, giving authorities further incentive to implement the project on a more massive scale.

Currently in the works is the transformation of all 13,516 seats that line the Lisbon Metro’s vehicles. According to officials, the cork is not only locally produced but will also be cheaper than the fabric that is currently used.

Furthermore, the company responsible for the vehicles believes that the new seats will last for a period of around 15 years – a much longer lifespan than the one boasted by the current ones.

The renovation efforts will be carried out throughout the whole year of 2020 with the project costing an estimated amount of 1.825 million euros. The speed at which the transformation is set to take place is measured at around one or two units of the Lisbon Metro per week.

By year’s end, Lisbon would have delivered on one of its main ambitions – putting on display its ability to change and adapt in the face of adversity and climate change.