The first settlers of the area were the Celts who came there around 400 BC. They made their villages around the Danube river where older settlements, estimated to have sprung up 4000 years ago, were found.

A Roman camp named Lauriacum with 6,000 soldiers, was located on the nowadays territory of Enns. Combined with the surrounding lands, the area become a municipium in 1212 and about 30 000 people lived there. Enns is consideres to be Austria's oldest town.

Enns is an Aistrian town ilocated in the state of Upper Austria on the river Enns. The population of the town in 2011 was 11,275 inhabitants. 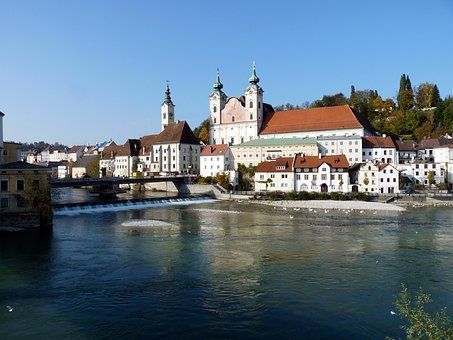 The parish church buid between 1308–43 is one of the finest early Gothic buildings preserved in Austria. Other must visit places are the Stadtturm, or Town Tower, the castle of Ennsegg (1565) and the old town hall (1547), now housing a local museum with Roman relics. The Baroque Abbey of St. Florian is located to the west of the town.