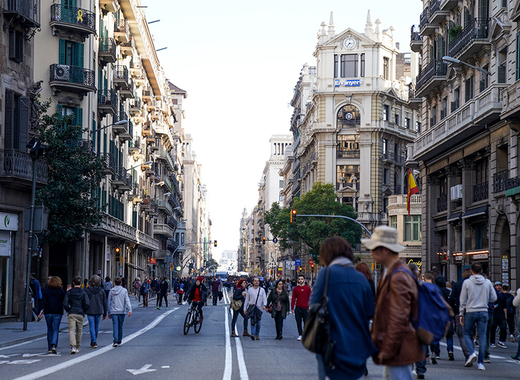 Barcelona is getting ready for another weekend dedicated to pedestrians. The dates of the March edition of “Open streets” (Obrim Carrers in Catalan) were announced the first weekend of March. On the 7th and 8th citizens and tourists can fully enjoy city life without being disturbed by car-related noise, pollution and inconvenience on selected streets.

The initiative in the Catalan capital was launched in February and will take place recurrently at the start of every month, on the first full weekend. It aims to display another side of Barcelona, friendlier and more sustainable without the presence of cars.

Here are the city areas where no automobiles will be allowed on Saturday, March 7, from 5pm to 9pm:

And on Sunday, March 8, from 10am to 3pm Aragon between Tarragona Street and Avenida Meridiana will also be closed for car traffic. 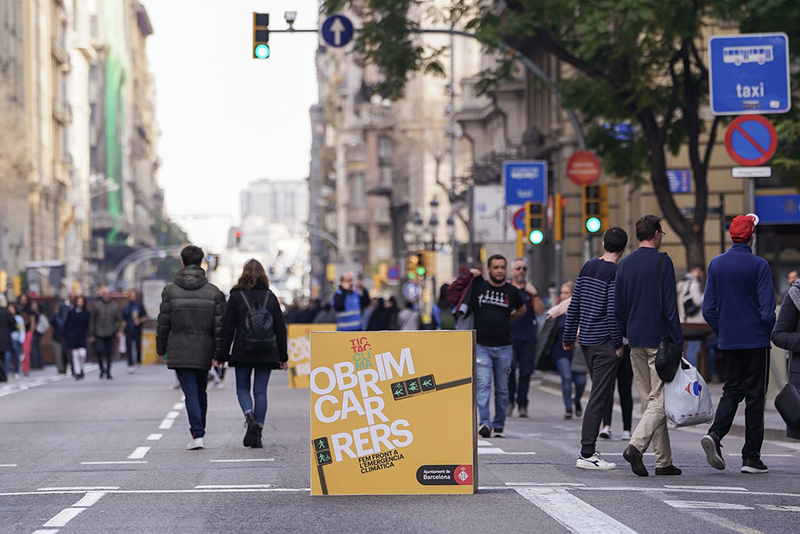 By the end of the year 10 main avenues in Barcelona should be free from cars every first weekend of the month. Photo by barcelona.cat

It is expected that the project will continue throughout the year and will gradually increase the number of streets to reach ten main avenues by the end of 2020.

In the first two months of applying the measure, 209,780 square meters of space are being for pedestrian use, and it is estimated that traffic will be reduced by about 100,000 vehicles calculates the municipal authority.

This recurring event is one of the steps the Catalan municipality is implementing to improve the environment in the city. As we wrote earlier, Barcelona has a low-emissions zone with limited access for polluting vehicles, and after declaring climate emergency in January, municipal representatives accepted an action plan worth 563 million euros to fight climate change.