The Komenského Square until recently was home to locals’ cars, now it’s something much better 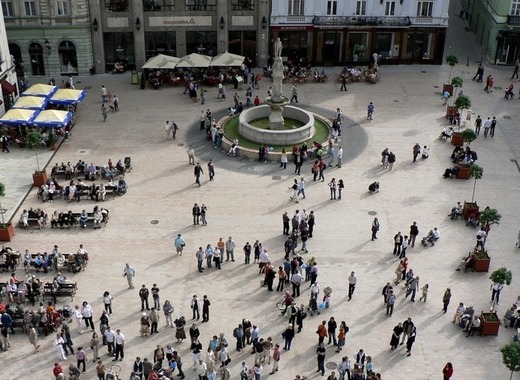 The local government of Bratislava only recently inaugurated the temporary replacement to what had become an impromptu parking lot at Komenského Square, just behind the Slovene National Theatre. The tiny space was completely swarmed with the automobiles of locals and was of no practical use to no one. This recently changed, however, when the local government refurbished the grounds and turned them into the perfect recreational space. There, citizens will find a ping-pong table, chairs, tables as well as an opportunity to dance tango.

During the unveiling ceremony, the mayor of Bratislava, Matúš Vallo, stated: “I care very much that we have more quality public spaces in Bratislava that people really use,”. The local administration will be monitoring the grounds and will be collecting data as to how many people go there and what they use it for. The goal of such data collection is to assess whether the municipality can continue with the practice of transforming public spaces in a similar fashion. Government representatives will also be asking locals how they want the space to look like in the future, as its current form is only temporary.

The mayor of the Slovak capital was inspired by what he saw when he visited Manhattan some years ago. According to him, the city was using precisely this method to determine how to transform its public spaces in the future. According to Vallo, citizens need to be involved in the process of choosing how the city will look like in the future.