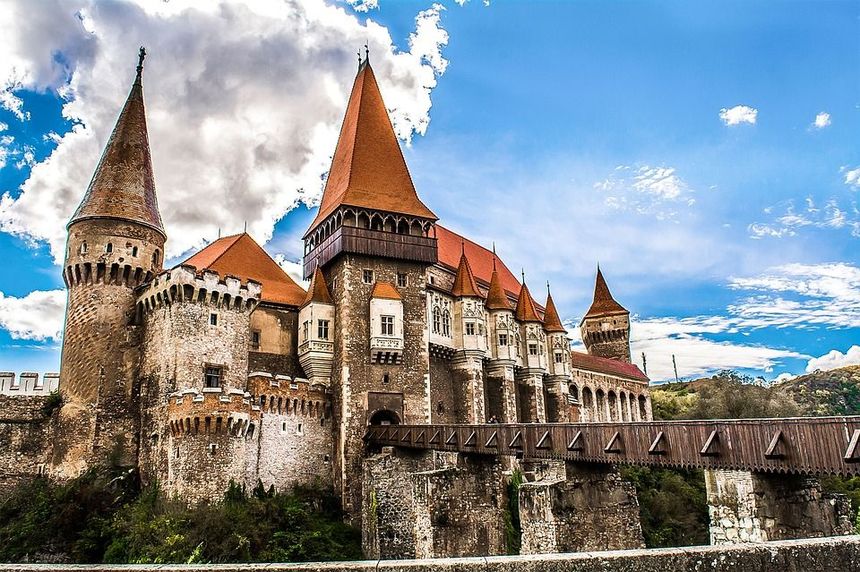 The region was very rich in iron, which had been extracted in the area since the Iron Age by Thracian tribes. The Dacian fortresses of Orastie mountains, which became the most important religious and political center of Dacia, were located close to Hunedoara and were supplied by the iron produced here. Around 106 AD Dacia was conquered by Rome and turned into a province of the Roman Empire.

After 1000, as part of the Kingdom of Hungary, under Slavic influence small political feuds grew. South of the Carpathians the Pecheneges and Cumans held political power, and Hunedoara acted as a buffer zone for the Hungarian Crown.

The first recorded evidence of the city under the name Hungnod dates from 1265. Starting as a hub for leather tanning and wool processing, Hunedoara became an important iron extracting and processing center in Transylvania.

Hunedoara received town privileges in 1448 from the King of Hungary. John Hunyadi consolidated the citadel on top of an ancient fortress, creating the two main halls, for Diet and Knights.

In 1457 the Wallachian serfs built an orthodox church, beautifully decorated with paintings and preserved until today.  The castle of Hunedoara became one of the biggest in the medieval world, standing as a witness to the greatness of the royal family of noble warriors and statesmen, in an era of war and despair for the region, as the Ottoman Empire approached Central Europe. In the times of Hunyadi rule, Hunedoara became a market for iron. Matthias Corvinus named the city a tax-free area, and this privilege lasted until the 17th century. The population varied between 784 people in 1512 and 896 people in the 17th century.

In the 18th and part of the 19th century, as the town of Hunedoara became more and more industrialized, peasants from nearby regions began to move to the city and the population increased.

During World War I the Romanians from Hunedoara county actively supported the Romanian Army and the Romanian National Assembly declared the Union of Transylvania with Romania in 1918. After the end of the war Transylvania became part of Romania. The Romanian populations in and around the city quickly earned political rights and representation, and industrial development continued at an ever-increasing rate.

During World War II the steel works were part of the war effort for the Axis. The Romanian Army lost 700,000 soldiers on the Eastern Front.

After the Soviet occupation and the subsequent communist regime, industry was favored, and Hunedoara had for a time the biggest steel-producing plant in Romania and the Balkans. The city grew larger, and the factories extended so much that they equaled or exceeded the size of the city. The population also increased to over 87,000.

Hunedoara is a city in Hunedoara County, Transylvania. It is located in southwestern Transylvania near the Poiana Rusca Mountains, and administers 5 villages: Boș, Groș, Hășdat, Peștișu Mare and Răcăștia. The populations is 60,525 (2011).

Hunedoara developed as a production center for iron and a market for the mountain regions nearby. During the 20th century, the city contained the largest steel works in Romania (until Galati took the lead), but activity gradually diminished after the collapse of the Iron Curtain due to the loss of the market. This in and of itself acted as a severe blow to the overall prosperity of the town, which is now recovering through new investments. 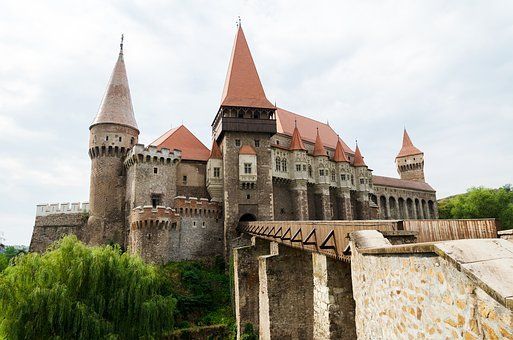 The Hunedoara Castle is known both by the name Corvin's Castle as well as "Hunyadi Castle”. "Hunyadi" is the more internationally recognized name due to the prominance of the Hunyadi family, "Corvin", meanwhile, is mostly used by local Romanians.

It is the most important Gothic-style secular building in all of Transylvania. Its impressive size and architectural beauty set it alongside some the most impressive monuments of medieval art. The Hunyadi Castle is closely connected with the Hunyadi family - one of the most powerful noble families in the Kingdom of Hungary during the 15th century. The castle was destroyed by fire a total of five times but underwent many reconstruction efforts by Austro-Hungarian and later Romanian authorities.