2,5 million residents in the country will benefit from more affordable water supply 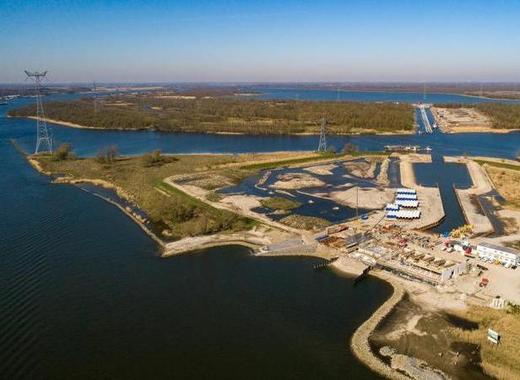 Considerable improvements to the water distribution network of Evides, a public water company in the Netherlands, are currently in the making. Thanks to a loan of 190 million euros by the European Investment Bank (EIB), the water distribution network will become more climate-resilient by 2024. Furthermore, millions of residents in the South-west of the country will drink better and cheaper water.

More reliable and affordable water in the south-western Netherlands

The EIB announced the successful conclusion of an agreement with the company that manages the drinking water supply in large parts of the south-western Netherlands, signed at the end of June. The 190-million preferential loan will be used for the improvement of the quality and functionality of water treatment and distribution facilities.

The system should ultimately become better prepared to provide water during extreme weather periods, such as frequent or prolonged drought – what is called climate resilience. The investment programme of Evides will be carried out between 2020-2024 and previews the rehabilitation and upgrading of production installations, storage facilities and pumping stations.

This will affect the quality of life of no less than 2,5 million citizens, living in the provinces of Zeeland, the south-west of the province South-Holland and the west of the province North Brabant, estimate from the Bank. They will get a more reliable and affordable drinking water service.

The head of the EIB’s Amsterdam office Els Sweeney-Bindels underlined that the upkeep of high-quality network as the one in the Netherlands requires an enormous amount of work. The EU climate bank has already financed nearly all water companies, she explained. Evides, too, has received support in 2014.

EIB and the Netherlands – partners for sustainability

The European Investment Bank is a lending institution, owned by the EU member states. Among them, the Netherlands has 5% of the shares which allows it to borrow very cheaply on the capital market.

The long-term investment financing provided by the bank contributes to the policy goals (sustainable growth and job creation) and the climate goals of the European Union. The bank boasts 2,5 billion euros for various types of projects in the Netherlands in the fields of care, SMEs, energy efficiency and more.