It can carry 58 passengers 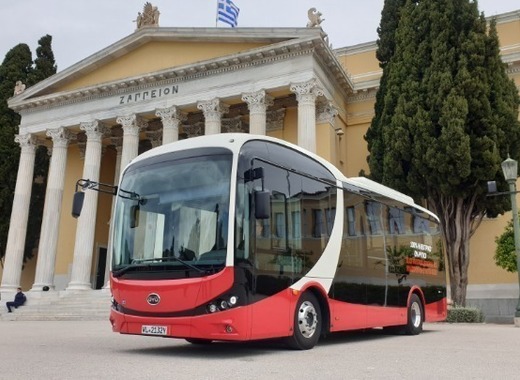 An electric bus, which is silent and boasts of having no environmental footprint whatsoever, was presented for the first time in Athens this week. It is 100% electric, 8.7 meters long, and can carry 58 passengers, 22 of them seated. The city governance is very happy to own the first electric bus in Greece and appoint the need to introduce electric transport in other urban areas. Still it has not been announced when the new buses will appear on the streets of Athens.

The bus features an aluminum chassis, 180 KW-power housed electric motors, a 250 BHP engine, and 350 NM of torque available upon ignition. A single two-hour charge can keep it running for 200 kilometers.