The no-entry list will be expanded in the future, economic sanctions found to be counterproductive 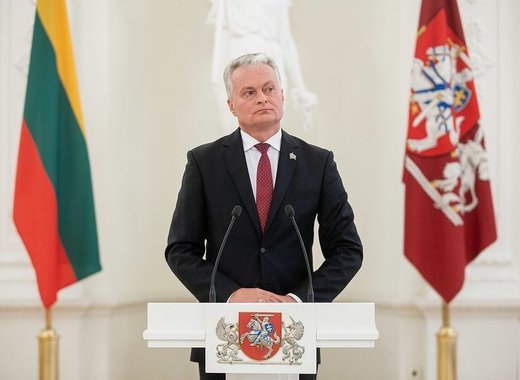 Acting on the proposal of the Lithuanian Ministry of Foreign Affairs, the Minister of the Interior Rita Tamašunienė signed an order on Monday imposing sanctions on the representatives of the Minsk regime for rigging the presidential elections in Belarus and the violent clampdown on peaceful protesters, reported LRT. The list comprises the names of 30 officials, including authoritarian leader Alexander Lukashenko and his close associates, who will be barred from entering Lithuania, Latvia and Estonia.

The sanctions are a concerted effort by the three Baltic states, Lithuanian President Gitanas Nausėda announced earlier, adding that this is only an "initial version of the list" prone to completion in the future. Last Wednesday, the Ministry of Foreign Affairs announced that it had compiled a "black list” of 118 Belarusian officials. The EU as a whole is about to come up with similar sanctions.

"So far we are talking about restrictions on the movement of officials. Mr Lukashenko is on that list. We checked the list itself and found that three people from this list had visited Lithuania during the last five years, one of them even 15 times,” said G. Nausėda.

He reiterated the Lithuanian position that if the Belarusian regime does not pursue de-escalation and dialogue, sanctions may be one of the most effective measures.

Lukashenko on Friday threatened to impose economic sanctions on Lithuania in retaliation for supporting the opposition. He announced that he had instructed his government to submit proposals to divert commercial cargo from the port of Klaipeda to other ports.

Belarusian cargo in Klaipeda makes up about a third of the port’s annual cargo. G. Nausėda says that such a solution would not benefit Belarus itself and would increase the price of Belarusian fertilizers, which are loaded in Klaipeda port. According to him, both the EU and Lithuania advise against imposing economic sanctions on Belarus, as this will have a negative impact on the welfare of its population.