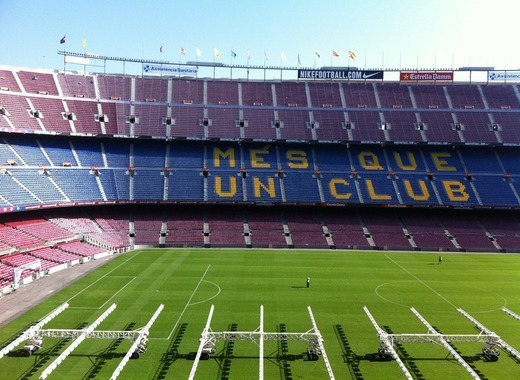 On Tuesday, the football club of Barcelona announced that it will sell the title rights over its stadium Camp Nou. The proceeds will be invested in the battle against coronavirus to fund research projects.

Selling the rights for the first time

Camp Nou has been the official name of the stadium since 2001, when President Joan Gaspart called a referendum and 68.25% of the club members voted for this option.

Now, in an unprecedented move, the football champion from Catalonia announced its intention to sell the rights over the name of its stadium. This happens for the first time in the history of the largest football stadium in Europe, which was inaugurated in 1957 and is motivated by a charitable cause. Luckily, the change will only last one season – 2020-2021.

The club’s Barça foundation will be in charge of finding a sponsor within the next weeks and plan how part of the funding will be spent on local charities involved in the battle against Covid-19. The remaining proceeds will be invested based on the decision of the sponsor for the same purpose. The research projects to receive funding will not be limited to Catalonia, but instead will come from all around the world.

More than a club…

In fact, the naming of the stadium is just one of a series of moves by the football club and the foundation aiming to help tackle the health emergency. They have been working together with institutions, businesses and other organisations to import health materials, to adapt teaching programmes, raise awareness and prevent cyberbullying, have been organising visits to sick children by sportspersons, to name but a few. Hence, the title rights for Camp Nou are regarded as “an unused resource”.

“Barça are ceding those rights for a name to be put to Camp Nou for the very first time as the title rights are a commercial option that has never been exploited before and had been reserved for the Espai Barça, the transformative project for the Club’s facilities to become the best sporting complex in the world in the centre of a big city like Barcelona and that included the redevelopment of Camp Nou, the building of a new Palau Blaugrana, a Campus Barça and the Estadi Johan Cruyff, which is now being used at the Ciutat Esportiva.” reads the official statement.

This way, Barça aims to reconfirm its identity as “more than a Club”.