The unique facility is set to open this month 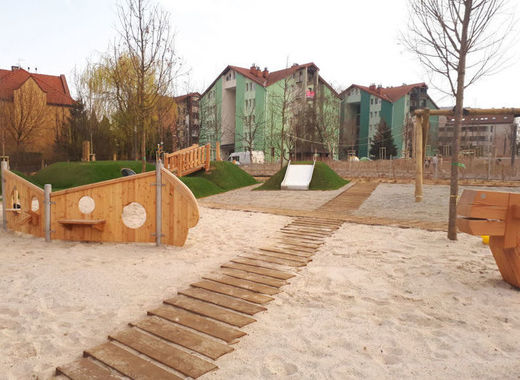 A long-awaited leisure facility is set to open this month in Krakow. The Reduta park at the intersection of District III Prądnik Czerwony and District XV Mistrzejowice of Krakow opens on the 31st August and with its 8-hectares area is expected to be used by a great number of people.

The decision on the construction of the park was made by the Krakow City Council on 9 July 2014. For two consecutive years the Chairman actively participated in workshops with residents, in social consultations and meetings during which design concepts were presented. One of the six concepts won a public vote and based on it, professional designers have created documentation which laid the foundation of the current park. Park Reduta thus became the first park in Krakow designed with the participation of residents.

Furthermore, 300 trees and 8,000 bushes were planted. There is also a multifunctional, 200-meter pavilion, which will become a cafe and meeting place for residents. On the roof of the pavilion there is a terrace from which you can observe the beautiful surroundings. About 100 benches, 135 bins, 20 hammocks, 20 sun loungers were installed in the park. Of course, a walking path between trees was created for runners.

Reduta Park is also an important element of the river entertainment park. It will be a green string along Sudół Dominikański stream (from Lublańska street towards the northern city border), which will include several smaller parks, squares, walking paths, and even a small urban forest - Las Prądnicki.