Over 200 self-service terminals will be installed by 2021 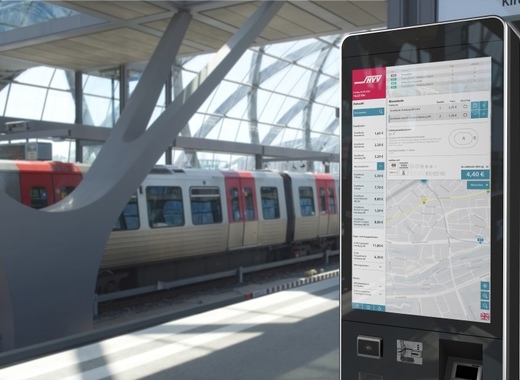 By mid-October, all 25 stops of the Hamburger Hochbahn’s U4 between the main station and Elbbrücken will be equipped with next-generation ticket machines. The announcement followed months of extensive trials of these new self-service terminals that by 2021 will be present on the entirety of the Hochbahn’s line.

Digitalization making its way across Hamburg

The new terminals were extensively tested on 9 stops of the city’s underground network. Now, after feedback has been collected and after problems were resolved, over 50 new terminals will become available around Hamburg.  They offer convenient selection options for destinations through a large-format map view and in addition to cash, the new terminals also accept debit and credit cards as well as payment via smartphone – all features that have become essential over the last few months.

In parallel with the currently ongoing upgrades, another 150 self-service terminals are also currently being produced and will be delivered at some point in 2021. By the middle of next year, a total of around 200 machines will have been retrofitted at all underground stations operated by the Hamburger Hochbahn.

In total, the company currently operates a total of 400 machines. The extent to which the remaining ones will be converted will be decided in the coming year, depending on customer and consumer interest. When it comes to the readiness of travellers to choose contactless options, however, it is worth noting that online ticket purchases via the HVV app, the HVV switch app and the online shop have been increasing steadily over the last few years.

The company has no plans to stop there, however. The Hochbahn has stated that it will evaluate the development and the use of both the new and the old machines in the coming year and set up additional self-service terminals depending on customer needs in order to ensure maximum satisfaction and efficiency.