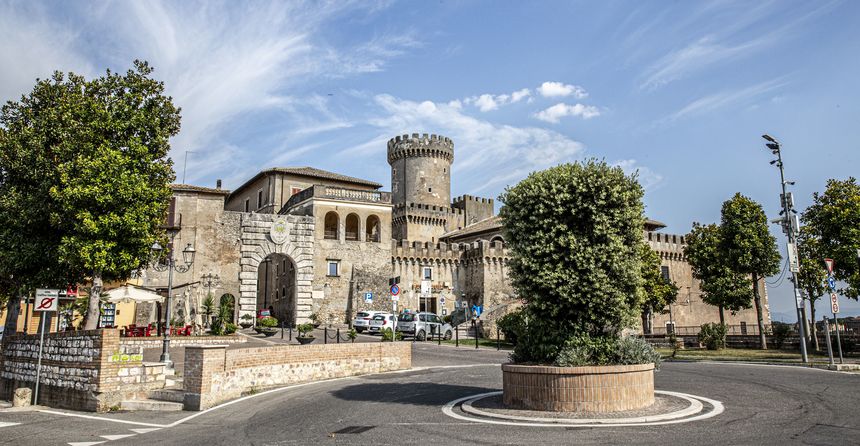 The origins of the territory of nowadays Fiano Romano goes back to VIII-IV BC.

The first official mention appears in a document dated from 9th century, in which the FUNDUS FIANUS is mentioned among the properties of the Abbey of Farfa. The toponym, first documented as FIANUS in 1268, is a probable formation of the Latin name FILLIUS or OFFILUS with the adjectival suffix -ANUS, which indicates land tenure. Its position on the Tiber river made it a fluvial port of some importance throughout the Middle Ages.

Its fortress passed in the 11th century to the monks of San Paolo, who in the 14th century ceded it to the Orsini family. In the following centuries it knew various alternations of power: from the Sforza to the Ludovisi, from the Ottoboni to the Menotti, who came into possession in 1897.

The historic town centre is accessed through the monumental Porta Capena, built with stone blocks and adjoining the fifteenth-century ducal castle. The latter, which houses antique furnishings and coats of arms along with valuable frescoes, is made up of a powerful central cylindrical keep flanked by a square tower and fortified with straight walls crowned by Guelph battlements.

The church of Santo Stefano Nuovo, divided into three naves, is embellished with thirteenth-century frescoes and sepulchral monuments while the church of Santa Maria ad Pontem, dating from the 10th century, has been restored to its original look.

Fiano Romano is an Italian municipality situated within the metropolitan area of Rome, the capital of Lazio and Italy. According to the 2011 census, the resident population is 13 059.

The economy of Fiano Romano is mainly composed of secondary and tertiary sectors. 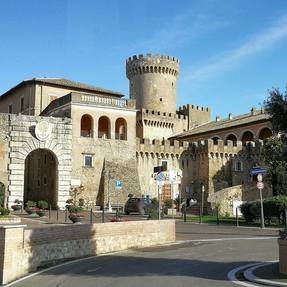 The castle was modified several times, depending on the needs of its owners during the Middle Ages. The first change historically attested was in 1493 when Niccolò III Orsini, after having inherited the castle from Orso and Elisabetta Orsini, had it enlarged by adding the wing facing Porta Capena, contributing a refined Renaissance flair in the process. For two hundred years, starting from 1690, it was owned by the Ottoboni ducal family.